A year and a half after the release of Evolve, Imagine Dragons are back with their fourth studio album, Origins. The Las Vegas based rock band stays true to their “stadium-jam” theme of music. Fans will surely find a song on the album that they like, but as a whole, the album falls flat.

The album is like an old stitched quilt. It is made of mismatched fabric, and although it does its job at keeping you warm, it isn’t the most pleasing to the eye.

Origins is a mix-match of genres made of songs that sound eerily similar to the band’s old hits.

Songs like “Natural,” “Bad Liar,” and “Machine” follow the band’s loud-quiet-loud dynamic that made their previous releases so successful. Country fans will be pleased by “West Coast,” a song seemingly about the singer’s commitment to his loved one. And pop fans may find “Zero,” a song written for the new “Wreck-It Ralph” movie, to be a catchy success.

Origins attacks some pretty big cultural issues. “Bullet In A Gun” explains the pressure put on artists from celebrity culture while “Machine” seems to be advocating for political activism from the younger generations.

A personal favorite, “Real Life,” very directly calls out our society’s tendencies to live behind a screen.  The lyrics say, “Turn your phone off, won’t you look me in my eye?/ Can we live that real life, real life?”

The blunt lyrics make “Real Life” one of the more relatable songs on the album.

While the issues being addressed in this album are real, listeners will be unable to emotionally connect to the album in a way that is meaningful. The broad and hollow mismatch of instrumentals to lyrics creates an atmosphere that lacks sentiment.

I do not doubt that  lead singer Reynolds had good intentions for this album, but I am afraid that his delivery lacked proper execution.

All in all, Origins is a mediocre album released by a band that we should be expecting more from. 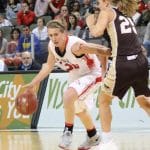 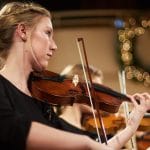