In the past few albums put out by Big Sean, he has become known for being unapologetically mean to people. In I decided, it is apparent that Sean is attempting to go in a different direction.

On the second song “Light,” Sean speaks about his personal found strength. He recounts the history of his family and how he got to where he is today. The mellow repetitious beat laid on this track is a great choice for the intro. Sean attributes some of his need to stand up for himself as coming directly from his father who grew up in Louisiana and was once hosed by the police.

One thing different about this album is that many of the “party mix” style songs that typically fill Sean’s set list are almost non-existent. Sean is genuinely attempting to rely on his more personal skill as a rapper. He picks beats that show his strengths while seemingly hiding some of his weaknesses.

In the song “No Favors,” featuring fellow Michigan rapper Eminem, Sean takes a piano beat and delivers some impressive verses. The flow of the song is slower, but the tempo of the verses keeps the song on track. Sean and Eminem both pack all of their verses with passion, as they discuss what bothers them.

Sean gives a touching tribute to family members on “Inspire Me” and again in “Sunday Morning Jetpack.” In the former, he speaks of his mom as a hard worker and thanks her for the sacrifices that she made in his early childhood that helped him to get to where he is today.

The most impressive beat on the track is “Sunday Morning Jetpack.” The beat makes the audiences feel like they are in a dream and keep pace with two drum sticks being hit together. Sean delivers some of the most passionate verses on the entire album. He opens up with, “Thank you God for all my set backs/ ‘Cause he the only reason I’m able to get back.” He mentions this theme multiple times throughout the song. Genuine thankfulness and reminiscing on old family traditions on Sundays fills this song.

While some rappers try different styles of rap and fail, Sean succeeds. In his previous album, Dark Sky Paradise, Sean takes the stance of everyone against him, and he has still made a name for himself. While this may have been true to some extent, the hateful verses destroy the validity of his claims.

Big Sean who used to be known for a couple mediocre albums while being featured on others albums has established himself here. Although some of the songs sound similar to Kanye West, Sean thankfully moves away from the anger-filled verses that have plagued previous albums. The beats stay away from party bangers and create a space for Sean to be thankful for his upbringing and where he is in life. With many albums producing bangers, this was a good move for Sean. 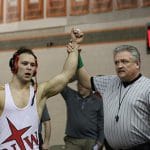