Over Spring Break, the Northwestern softball team played a string of games against teams from Kansas and Oklahoma. While at the McPherson College Tournament, the Red Raider softball team went 2-1 (10-9 on the season).

The game started out with a home run hit from senior Jessica Rayela. The Raiders were also able to score another run thanks to a few walks, powerful hits and smart base running, which put NW up 2-0 going into the bottom of the third.

In the fifth inning the Raiders split runs making the game 3-1. During the 7th inning, the Threshers managed to score and load the bases. However, it was not enough to beat NW.

The last game of the tournament was against the York Panthers. Continuing the streak of close games the Raiders won 8-7.

NW was able to take an early lead over the Panthers scoring four runs in the second inning. In the fifth inning, the Panthers had two hits resulting in two runs. A three-run inning late in the game by NW was short-lived as the Panthers responded the same scoring three runs, but it was not enough to take the lead away from the Raiders.

The Raider’s softball team is back in action on Saturday, March 18th in Seward, Neb. against Concordia. 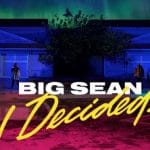 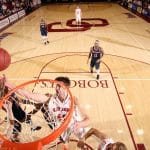