This last week marked the start of GPAC play for the women’s soccer team. Saturday, Sept. 23, the Raiders took on the Midland University Vikings. The match would end in a tie of 0-0 after two periods of overtime play. The match between the Vikings and the Raiders was physical and grueling for both teams. The Raiders had four shots on goal compared to the nine attempts by Midland.

This last Tuesday the Raiders traveled to Crete, Neb. to take on the Doane University Tigers in the Raider’s first GPAC away game of the season. NW would prove to be too much for the Tigers as the Raiders would go on to win 5-0. Three of the five NW goals came in the first half of play. The first goal of the game came at the 59 second mark by freshman Nicole Farnsworth with an assist from senior Madison Bertman. Throughout the first half, Doane could not stop the attacking power of the Red Raiders. The next goal would again come from the duo of Bertman and Farnsworth, only this time the scoring tap would came from Bertman during the 10th minute. The third goal for NW came at the 32nd minute with a collaboration between Farnsworth and junior Jessi Carver. Carver managed to strategically place a 15-yard ball behind the Doane defense, which perfectly set up Farnsworth for a one-on-one against the Tigers’ goalie.

The second half saw the same offensive Raider squad, with another two goals being scored. The last time a NW women’s soccer team saw a hat trick was 4 years ago – that was until the fourth goal of the match, which came from Farnsworth. In the 61st minute junior Sarah Homan cleared the Tiger defense, setting up Farnsworth for another one-on-one against the goalie. The final goal of the game was scored by sophomore Elise Arant in the 90th minute thanks to an assist by Homan.

The women’s record improves to 6-2-2 on the season and 1-0-1 in the GPAC. Senior Naomi Schimmel also earned the honor of being the GPAC Women’s Soccer Defensive Player of the Week. The women’s soccer team will host Mount Marty during homecoming at 5 p.m. on Saturday, Sept. 30. Later in the week, the team is away on Wednesday, Oct. 4 to play the Dakota Wesleyan University Tigers. The Raiders return play back home at 5 p.m. on Saturday, October 7 against the Concordia University Bulldogs. 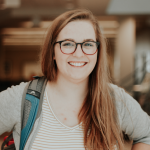