“Birds of Prey” is a continuation of Harley Quinn’s adventures from the mostly forgotten film “Suicide Squad.”

Margot Robbie plays the infamous Harley Quinn from DC Comics in this follow-up adaptation, but most viewers who have seen “Suicide Squad” will believe “Birds of Prey” is a reboot for the DC Extended Universe. Ironically, James Gunn who directed all of the “Gaurdians of the Galaxy” movies is the director of “The Suicide Squad” coming to theaters next year, which is also meant to serve as a reboot for any characters introduced in the previous installment.

As audiences will notice in this film, Robbie stands out among the cast, but there isn’t a dud performance as everyone pulls their weight to make this film a success. Ewan McGregor plays a lesser known villain from the comic world named Black Mask and save one of the best villain performances made in the past years.

McGregor’s character uses a dark-humored script to improve the character’s lack of recognition in films and comics. “Birds of Prey” also deals with deep topics found in today’s modern world, and McGregor’s character brings up sexual assault along with Robbie who was the victim in one scene.

Robbie has been the victim in another movie focusing on sexual assault as she played a news reporter in “Bombshell,” which allowed her to play the same role in “Birds of Prey.” Besides this issue, Robbie and McGregor use playful banter to one up each other which makes the film more entertaining to watch.

The film wouldn’t be what it is without its spectacular supporting cast included Rosie Perez who plays a detective named Renee Montoya and Ella Jay Basco, a child actor, who plays a young Cassandra Cain. Another supporting character to mention is Mary Elizabeth Winstead who plays Huntress and is known in the comic book film industry from her role as Ramona Flowers in “Scott Pilgrim vs. The World.”

Winstead’s character experienced a traumatic event as a child that made it her goal to become an assassin, and a pretty good one too. Perez’s character adds an 80’s feel to the film referencing old 80’s cop films.

Basco’s character plays a pick-pocketer in foster care, which is another deep topic  the movie addresses – how not all foster homes have been beneficial to the youth of America. Basco’s character receives some guidance from Jurnee Smollett-Bell’s character Dinah Lance/Black Canary who has a soft spot for the kid and also a killer voice that works for Black Mask in order to make money.

“Birds of Prey” would not succeed, however, without its exhilarating fight scenes in between dialogue that are packed with punches and slow motion stunts. These stunts add to the fun and also pace the fight scenes and the overall film to keep audiences engaged. Another thing that helps propel this film into the elite of the DC Comics film franchise is its soundtrack. Songs ranging from true realities like “It’s a Man’s World” sung by Smollett-Bell’s character to bangers such as “Barracuda” from Heart.

Overall, “Birds of Prey” is a film that will entertain many with its star-studded cast and thrilling fight scenes. This film also shows that even a comic book film can bring to light troubling issues such as sexual assault and foster care. With excitement for audiences wanting a stand-alone Huntress and Black Canary film, “Birds of Prey” puts together a group of women that work well together when they want to. Robbie headlines this film with such charisma that it’s hard not to want to go see this film a second time. 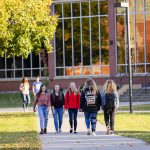 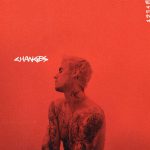