This past Valentine’s Day, Justin Bieber released his first album in five years, titled “Changes.” The album contains 16 songs and one remix of his new single “Yummy” and has recently taken the #1 spot on the Billboard 200. This makes Bieber now the youngest artist to have seven albums reach #1 on the charts; the previous record holder had been Elvis Presley.

“Changes” takes a turn into a relaxing R&B vibe with a hint of electro that’s so dreamy yet consistent that the songs almost blend together. Most of the tracks aren’t too different from each other, except a few with featured artists like Quavo, Post Malone, Lil Dicky and others.

With this lack of variance combined with the chill genre, the album creates an almost perfect atmosphere for a lowkey hang out or study session.

The lyrical material of “Changes” also has little variance. The entire album is centered on Bieber’s new wife Hailey Baldwin, and each song is either about their love for each other, their sex life or the refuge Bieber finds in his bride.

This last subject is fairly subtle, but nevertheless a consistent enough theme in the album to be worth mentioning. The opening track of the album, “All Around Me” seems to focus on Bieber’s need for his wife to be near and support him as he repeats over and over “I need you all around me.” Later in the album, “E.T.A” finds Bieber ruminating on when Baldwin will arrive home.

These hints of a need for his spouse, which he says run deeper than normal love between a husband and wife, is an example of the darkness that flits in and out of the album and only fully manifests briefly in a few songs at the end.

“Changes” corresponds with a YouTube docuseries titled “Seasons” in which Bieber discusses his struggles and the consequences of his early success in the music industry. Finding fame early in life meant being introduced to substance abuse and intense stress among other issues that Bieber has only recently begun to work on addressing.

In the title track of the album “Changes,” Bieber reveals the inner turmoil he has faced wrestling with these demons stating, “Sometimes I’ll go to sleep early // Sometimes I can’t close my eyes // Sometimes I smile like it’s all good // Even though there’s pain underneath it,” and “At Least For Now” seems to portray Bieber feeling intense disappointment and negative emotions but being forced to ignore them given his circumstances.

Clearly, Bieber is coming to terms with the pain in his life and letting it pour over into his music, but it’s a pity that this truth only appears in a few of the 17 tracks on the album. Instances like these feel real, raw and healing compared to the empty repetition and awkward lyrical choices of “Yummy” and sex-filled lyrics of “Take It Out on Me.”

Even the musical composition of the various tracks becomes more original with “At Least for Now” including a simple yet moving piano chord progression among bits of guitar and electronic sound effects.

This being said, healing is different for everyone and so is change. Radical change in an industry as powerful as the music industry is a difficult and delicate matter, so perhaps expecting Bieber to take a leap in one album is a stretch.

As a musician, Bieber isn’t exactly known for deep dives into the psyche or raw emotional truth, but he might be taking a slow transition toward more music that discusses deeper topics. As he says in his title track: “I’m going through changes.” 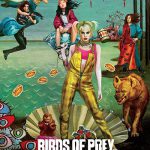 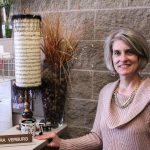