Calling the annual gridiron battle between Dordt’s and Northwestern’s football teams a rivalry might be doing a disservice to the term.

The latest installment of the matchup ended in a dominating 55-7 win for the 9-2  ( 7-2) Raiders, who moved up to No. 12 in the standings and earned a place in the NAIA national playoffs.

NW’s offense amassed 303 yards on the ground and 239 yards through the air.

Senior running back Brandon Smith rushed for 125 yards and three touchdowns in his final home game.

Junior running back Theo Bartman also contributed 108 yards and a score. He has scored in every game so far this season.

Junior quarterback Davis Bloemendaal had all of the Raider passing yards and three touchdowns.

Junior linebacker Nate Van Ginkel accounted for one of NW’s scores by returning a fumble recovery 30 yards to paydirt.

The real victory of the week was when NW found out they had made the playoffs and would be traveling to Indianapolis to play No. 5 Marion.

NW has been one of the best squads in the country on the outside looking in for the past few seasons.

Players have fought the urge to be content with simply making it to the final 16 teams in the nation.

“Our word for the week is opportunity,” Bloemendaal said. “While we’re happy and thankful for this opportunity, we know we need to take advantage and get the job done.”

This part of the season brings out the do-or-die mentality in many teams, but the Raiders have been dealing with the psychological pressure for almost half the season. After falling to both Morningside and Concordia, the squad knew that another defeat would make the season a bust.

“Ever since the Concordia game we’ve had the mentality that we were in the playoffs,” Bloemendaal said. “If we lose, our season is done. So really we’ve been preparing for the playoffs for five weeks.”

Kickoff will take place at noon Saturday. The game will be broadcasted on radio through KSOU 93.9 or www.nwcraiders.com. 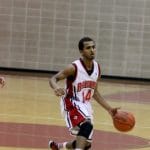 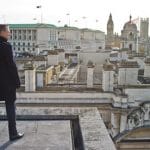