Even though I am only in my second semester here at Northwestern, I can tell that many of the buildings on campus are recent developments. Just this year we have had two new additions to campus including the new Vogel Welcome Center that opened earlier this fall, and SGA’s new ice rink that was finished over winter break.

Although we are only in our third week of the winter semester, there has already been talks of a semi-new addition to campus. This new hub for student activities that has been proposed is the addition of a bowling alley. As of right now the rumor is that this bowling alley will reside in the former NAPA building that is across the street from the Dewitt Family Science Center.

I, for one, do enjoy bowling but I have several problems with the idea of this bowling alley being added to campus.

My first problem is the price, how much will this bowling alley cost and where is the college getting the money for it? Whereas a chunk of the cost will already be taken care of due to it being put in a pre-existing building, there are still several financial issues including the renovation and remodeling of the inside, maintenance towards the bowling alley and the cost to employ workers for the bowling alley.

My second problem is who will work at the bowling alley? Earlier this year there was a shortage of workers in the hub causing a change in the hours. This problem has been fixed but there is a chance of this being a problem in a new bowling alley. I am all for opportunities for student employment, but I think it would be hard to staff the bowling alley with students. One way to fix this problem would be hiring outside employment but this would be an added-on expense to the prior costs that I talked about earlier.

My third problem with the bowling alley is that there is already one in Le Mars. One rite of passage that I have already learned about in my time here is the trips to La Jua’s which reside in Le Mars. This activity shows that people are willing to make a forty-minute round trip for food, so why would they not be willing to make the trip to bowl. I know lots of people on campus who think it is important to support local business. By building a bowling alley we would be taking away money from a local, family-owned business.

My fourth and final problem is the level of interest from students or a lack thereof. In your time here in NW, how many times have you thought to yourself “man I wish I could go bowling right now?” This is an important question to think about. We must consider just how often this bowling alley will be used by students. If there is a lack of use by students, there is a chance that the money could be used somewhere different and more helpful rather than being put into a risky venture that could shut down within a few years of opening.

Whatever happens with the bowling alley I will not be upset, but it is important that we consider all the potential problems that this bowling alley could bring. 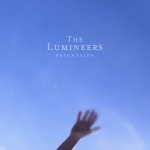 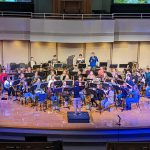