When walking across campus in the middle of winter, it’s hard to imagine days at the beach.  The memory of crashing waves can quickly give way to winds blowing 30 miles an hour across your face on your daily walk to the caf.  But, perhaps a visit to Christ Chapel at the end of the week will help alleviate your midwinter blues and remind you of warmer days as the Northwestern Symphonic Band presents “Water of Life” on Friday, Feb 11.

The concert is centered around the theme of water in hopes to reflect Christ offering a living and eternal water to us all.  Concert director Dr. Angela Holt draws this inspiration from John 4:13-14 which states, “Jesus said to her, ‘Everyone who drinks of this water will be thirsty again, but whoever drinks of the water that I will give him will never be thirsty again.  The water that I will give him will become in him a spring of water welling up to eternal life.’”

The band plans on performing a plethora of songs and arrangements such as “Sailing with Whales” by Rossano Galante, “Molly on the Shore” by Percy Grainger and “Aquarium” by Johan de Meij (one of the few Dutch composers in music).  These songs focus on being alone by the shore, rain and even the animals we find living in or near water.

One of the main features of the concert is senior Michael Hornback conducting “The Seal Lullaby” by Eric Whitacre, centered on the idea of a mother seal singing to her cub to help him fall asleep.  “I am very excited for the upcoming symphonic band concert!  I love Whitacre’s musical language and am thrilled to get a chance to conduct this wonderful piece!”, said Hornback.  If you remember his senior feature in the article from the fall, you know that he also hopes to pursue further education in conducting after his time in Orange City.  During his senior year he has spent much of his time learning more about the art of conducting under the instruction of Dr. Holt.  Holt holds a doctoral degree of music with a main focus in instrumental conducting while also being an active musician in many events for the Orange City Chamber of Commerce.

Music senior Ashley Van Ravenswaay is also very excited for the concert. “I like that there is one cohesive theme for this concert, I think it’s pretty cool.  I’m pretty excited to perform ‘The Seal Lullaby’ since we’ve sung it for choir previously.  The song itself was made for a children’s film that never ended up being produced, but the song itself is still reflective of the fun you have watching children’s movies and singing along.  It’s such a beautiful piece.”

Sophomore euphonium player Josiah Bonestroo shared these sentiments, saying “The band has been working very hard for this concert and we’re really excited to share these songs with the campus community.  It’s been fun getting to rehearse these songs as individual pieces while being under one cohesive theme.”

The symphonic band plans on taking their talents on tour this spring in Kansas City and playing for a multitude of groups, and are currently looking for even more venues to play for.  They will be traveling April 7-10, but you can catch them first this Friday, Feb. 11 at 7:30 p.m. in Christ Chapel.  They will also perform their final concert of the year on Friday, April 29 in Christ Chapel.  The acapella choir will also be going on their international tour May 17-28 under the direction of Dr. Thomas Holm. 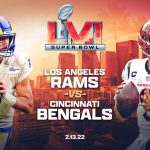