The Raiders ended the 2021-22 season with a 8-5 record in duals and 5-3 finish in the GPAC. As a team, Northwestern won six of their final seven duals and ended their season receiving votes in the NAIA coach’s poll.

The Raiders will be looking to build on that success this season with the leadership of returning NAIA Championship qualifiers senior Luke Jenness and sophomore Jakob Franken-Small.

As the 2022-23 wrestling season arrives the Raiders look forward to 17 meets leading up to GPAC and NAIA Championships in February.

“We’re pretty excited about the upcoming season,” Coach Rik noted. “We have a healthy mix of seasoned veterans and talented new Raiders to make a run this season. Our goal is to strive to be the best versions of ourselves in all aspects of life and that is what we are training for. We firmly believe that if we commit to that endeavor, we can challenge for a GPAC title.”

Going into his senior year Jenness’ role on the team “will involve encouraging the younger wrestlers through the rigors of being a college student-athlete.”

His words of wisdom have been carefully crafted in the past four years from fighting against adversity and learning to manage time during the intense wrestling season.

“After three years of competing, I have been blessed to accumulate much experience in balancing schoolwork and being ready for practices and competitions,” Jenness said. “I hope to share words of encouragement and advice to the guys who are going through that same battle,” said Jenness.

Along with the returners, NW has a talented group of 15 freshman going into this season.

“We were able to get some quality standouts from around Iowa and around the country. Johnny Burnette (Spirit Lake, Iowa), Noah Parmelee (Sergeant Bluff, Iowa) and Brody Hoversten (Alden, Iowa) tore it up at the high school level… guys from the West Coast such as Donovan Johnston (Holtville, Calif.) and Devin Padilla (Camas, Wash.) have the tools to crack the lineup and make a splash in the conference,” said Dahl.

With the experience and servant-leadership of Jenness and Franken-Small, the wrestling team is set on making a difference this season. 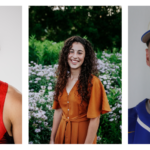 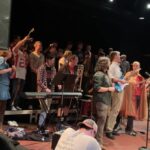