This spring, the Bultman Center will receive an extensive renovation. The project is set to begin on April 25, and Northwestern staff expects the first phase to be finished by the time fall sports start in August. According to NW’s vice president for athletics Dr. Micah Parker, the upgrade is necessary because the college needs to catch up to the growth and changes it has experienced in recent years.

“The floors and bleachers are 26 years old and in need of replacement,” said Parker. “The Bultman Center was built for 300 athletes, and we have 530 now. It also does not have our new school colors, logo and brand displayed.”

One feature that does not display NW’s new school colors and logo is the gym floor. Parker plans to make its replacement the top priority.

To display the current school colors, the gym floor will also be repainted with a lighter shade of red, and the new bleachers will adorn the same color. Parker also plans to add graphics throughout the building that portray the recently developed athletic logo.

Another reason for the renovation is to cater to the needs of spectators to improve the overall viewing experience. Other future changes to the Bultman Center include replacing the lighting and front doors, adding air conditioning and a video scorer’s table, fixing the roof in the lobby and providing better handicapped access.

“One of the goals with renovating the facility is to provide a friendly space for students and the community to be proud of,” said Parker. “I want spectators to say ‘wow!’ once the Bultman Center is completed.”

“I am very excited about playing in the renovated Bultman,” said freshman basketball player Christian Heilbuth. “I have never been a big fan of its current condition, and I am very happy they are updating it.”

Heilbuth also believes that the renovations to the Bultman Center have the potential to make the facility stand out from other gyms in the area.

“Out of all the gyms we played in this year, I would say the Bultman is average at best,” said Heilbuth. “However, I think the renovations will make it one of the best in the conference.” 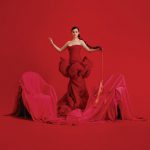 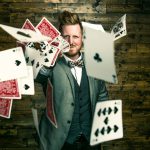