Revelación is the third EP, mini-album, by Selena Gomez, released a year after her sixth studio album. A more unusual product by Gomez, she strayed from her usual musical output to focus on more Latin inspired rhythms and influences. A standard example of what modern Reggaeton sounds like, Revelación feels like an attempt to cash in with the current trend of a rising popularity of Latin music in the global markets.

The last studio album released by Gomez, Rare, was received with mix reviews to say the least. The synth-heavy pop songs did not seem to match up with what the public expected of her potential. Although she did sound more confident and had more musical creativity on her side, Gomez failed to leave a lasting impression and instead gave her audiences yet another pop album that was completely forgettable. With this background, it is hard to call the EP Revelación bold or brave, as a change in sound was more than needed.

Perhaps the most interesting aspect of this EP is the fact that it is mostly in Spanish. Gomez sounds exactly like any other Latin artist, even including specific pronunciations of certain words that are synonymous with the genre. At times this comes across as forced and it seems like Gomez is trying too hard to sound like artists that are famous in the Reggaeton genre. But at least her delivery is confident in the language and there are no moments of linguistic inauthenticity.

Her lyrics on the other hand, leave a lot to be desired. Most if not all parts of the song are specifically about dancing and physical intimacy or wants. A very monotonous overall lyrical theme leads one to conclude that the EP is mostly intended to be danced to and not be thought about for too long. This trend in the EP is aligned with what most of the genre chooses to sing about.

Instrumentally the EP fails to bring anything new or relevant to the table. Admittedly, some of the rhythms and instrumentals might sound new and exciting to American audiences yet they are nothing new to fans of the genre.

Musically, all the songs follow the same structure. A slow start until the well-known and often despised Reggaeton rhythm kicks in until the end of the track. There are no moments of musical brilliance or sonically impressing songs. There are some moments where guitars or synths can be heard accompanying the beat and Gomez’s voice. Nonetheless, this is not enough to rescue the EP from a desperate sludge of subpar musical feel that fails to amount to anything pleasing or amusing.

Incorporating such sounds and influences has become a recent trend in the American music charts. Artists like Jennifer Lopez and Beyoncé have recorded songs in the same vein as Revelación and have received a welcome reception by fans and a lukewarm reception by critics. And of course, there was the now dreaded Despacito remix featuring Justin Bieber. In light of her mostly disappointing sixth studio album, Gomez has now jumped on this train. One can hope she will do more than just imitate the genre in the future if she is to stay on these tracks.

Revelación deeply struggles to become anything meaningful. Gomez’s delivery is confident and melodic yet the often atrociously monotonous lyrics detract from any sort of message she might have intended to sing about. Instrumentally, the EP is similar to watching paint dry as it never even attempts to be more than just a cheap imitation of an already shallow and musically lacking genre. Revelación is a fun EP to dance to but it never reaches anything resembling a musical height. 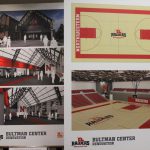