Most children are told at a young age not to play with fire, but many don’t know the consequences that can come with not listening until it’s too late. Freshman youth ministries and Christian education major Kelsay Parrott experienced that lesson firsthand, which has shaped her life in many ways.

“I want to be a motivation speaker to help people through my experience and have God use me as a light for others,” Parrott said.

In 2003, at four years old, Parrott had just finished her last day of preschool. Once at home, Parrott decided to pick up a candle she found on the stove. She was wearing a dress, and when she tried to blow out the candle, a string on the dress caught fire and Parrott was suddenly engulfed in flames. In shock, she stood until she felt the pain of the scorching heat on her fragile skin.

In the Sioux City St. Luke’s Burn Unit, doctors discovered 45 percent of Parrott’s body had third-degree burns. She was put into a semi-induced coma and couldn’t feel the pain, but could sense everything happening around her. While in the hospital, Parrott’s lung collapsed, and she was given a 5 percent chance of living. Ten days into her coma, something radical happened.

“I went to heaven and walked with Jesus,” Parrott said. “He told me I had a purpose and luckily decided it wasn’t my time, so he sent me home to my earthly body.”

Months later, Parrott started rehab, and eventually was able to go home and back to school. Throughout this time, Parrott suffered from depression and anxiety because of bullying and got into an extremely dark place in her life. It was after this time that Parrott committed her life to Jesus and became a believer. Today, Parrott has gone through 51 surgeries with another one next month, and between five to 20 more after that.

“After hearing her story, I was about two minutes from crying,” said freshman Jonathan Johnson. “Her story is beautiful and powerful; she is one of the strongest people I know.”

Through this incident, Parrott has learned a lot and has been able to use her struggles for good.

“Life can change at any second, even for people who follow Christ and are good people,” Parrott said. “You just have to learn to make the best out of what happens. We all have scars. Even though they aren’t always visible, everyone has them, and we determine when and how we will show them.”

The burn caused the loss of a lot of Parrott’s childhood. By age 12, she knew she wanted to become a beacon for those who struggle with accepting a new theme in a new life, so she started an organization called Joy Bags to bring joy to children and adults of all ages in hospitals. She collects and packages toys along with many other things and attaches her story for others to read.

Today her organization continues booming. Her main carriers are the Sioux Center and Omaha hospitals, but several others are looking into her bags. Over her six years, she has donated over 200 bags and plans to keep donating.

These days, Parrott is living life to the fullest, taking pride in who she is, trusting God every step of the way and sharing her testimony.

“She had high goals, but for her, they weren’t impossible, and I think we all should set high goals like her,” Johnson said. “What you see is not what you get; there is always a deeper meaning behind someone’s story.”

Parrott has advice for all those who hear her story.

“Sometimes you just have to die a little inside in order to be reborn and rise again as a stronger and wiser version of you,” Parrott said. “So never be ashamed of your story or who you are, because you can change the world in more ways than you think. Embrace yourself and live through God, because your story can impact millions.” 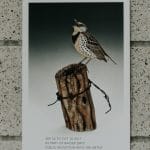 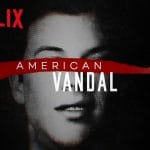