Northwestern’s campus had a special guest this past week, Dr. Russell Moore. Dr. Moore is a public theologian, nationally-known author and current director of the Public Theology Project at Christianity Today.

Dr. Moore spoke at many different events on campus during his short stay from Jan. 24-26, all available for public attendance. He started off with an Ngage the night of Monday, Jan. 24, in which he spoke on faith, doubt and the abuse of power. He moved into Tuesday, Jan. 25 chapel touching on what it means to be a Christ-centered witness. Concluding on Wednesday, Jan. 26, Dr. Moore was featured in a recorded Ned Talk Q&A with Dr. Jeff VanDerWerff and Mark DeYounge, discussing what it means to be the church of tomorrow: embodying a Christ-exalting witness in a post-Christian society.

Dr. Moore has created quite the name for himself in many sectors. In 2017, he was named to Politico Magazine’s list of top 50 influencers in Washington. He has multiple books on the intersection of faith and politics, being one of the leading voices in this area. Dr. Moore has previously served for eight years as the president of the Ethics & Religion Liberty Commission of the Southern Baptist Convention. He was also the provost and dean at Southern Baptist Theological Seminary.

Dr. Moore gained a lot of attention surrounding the 2016 presidential election, publicly arguing why evangelicals should not support Donald Trump. Because of this he has been seen as a voice of challenge and reason in evangelical circles.

NW’s Dean of Christian Formation, Mark DeYounge, said, “Dr. Moore is uncompromising and compassionate in his gospel-convictions. This combination is a rare thing to see demonstrated from leaders who are thoughtfully and carefully thinking through issues of faith and public life– especially in the last couple election cycles.”

Throughout Dr. Moore’s time on campus and beyond, he was noticed for his thoughtful engagement.

“Because he’s wise, a gracious listener, a great leader and someone who honors even his enemies with love in the midst of a variety of hostile environments, he’s been steadfast and winsome in love, a love like Jesus,” said DeYounge.”

While Harper will be speaking on the beloved community in her events.

Many people at NW and the greater community were thrilled to have Dr. Russell Moore come to campus. His thoughtful words and education on the integration of faith and politics were enlightening for many. 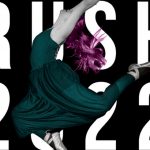 RUSH: a celebration of people and music through dance 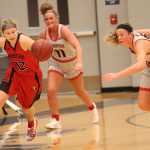