Captain Marvel not at full potential

“Captain Marvel” takes place in the 1990s and follows the story of Carol Danvers (Brie Larson), also known as Vers.

It takes place in the Marvel Cinematic Universe before Earth is introduced to other superheroes. The movie introduces Vers as a citizen of the Kree nation who serves on an elite law enforcement squad,  and  who, besides brief flashes, remembers nothing of her past. Then, soon after the crash landing on planet C-53, Earth, we are introduced to a young S.H.I.E.L.D. agent named Nick Fury (Samuel L. Jackson). On Earth, Vers decides to look for Dr. Wendy Lawson, who keeps reappearing in her flashbacks.

During her search, Vers uncovers her past as a test pilot for the United States Air Force and is reunited with her old friend Maria Rambeau (Lashana Lynch). Throughout this time, Danvers comes in contact with Talos, the leader of a shape-shifting species called Skrulls and (without giving anything away) discovers some interesting secrets that have been purposely hidden from her.

Like many other Marvel movies, the special effects and costume design were very impressive in “Captain Marvel.” The movie uses de-aging technology on Samuel L. Jackson’s face to ensure his character fits into the movie’s 1990s setting.

If I had never seen Jackson in a movie before, I would have guessed the actor was in his upper-30s or younger. This is pretty impressive, considering Jackson is actually 70 years old. The effects for other characters were also impressive. Other exotic- looking characters and special effects helped create an immersive spectacle, which is pretty standard for Marvel films.

Unfortunately, the plot does not hold up as well. Danvers is so powerful throughout the whole movie, it is hard to take any threat seriously. Superhero movies are already predictable: everyone knows the good guys will ultimately be victorious.

However, when you make the main character as powerful as Danvers is in “Captain Marvel,” action scenes eventually become monotonous. This is a fairly predictable problem, seeing as Captain Marvel is essentially being introduced as the Avengers’ last hope of defeating the immensely powerful Thanos in “Avengers: End Game.”

Nevertheless, it damages the ability of “Captain Marvel” ability hold its own apart from the rest of the MCU. This is especially disappointing when taking into account recent Marvel movies where the main characters do face legitimate challenges such as in “Black Panther” and “Avengers: Infinity War.” Additionally, the dialogue felt like it was a step below most Marvel movies.

Despite these shortcomings, the movie does contain a number of positive messages. With its twist in the relationship between the Kree and the Skrull, we are reminded of the importance of accepting people who may look or act different than us.

The movie also teaches viewers to not be ashamed of their feelings. Danvers ignores the demands of her old commander to master her emotions and hold nothing back when fighting him at the end of the film. Most importantly, as the first movie in the MCU with an all-female lead, it has obvious significance culturally. Brie Larson is perfect for the role and portrays a character that is empowering to women.

It was evident in Danver’s flashbacks that she and her friend Rambeau did not need superpowers to be courageous women. Overall, “Captain Marvel” was an enjoyable movie but did not live up to its full potential. 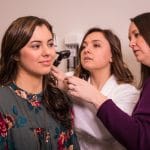 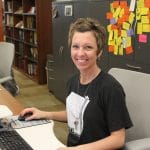