believe, but The Kiss, Carly Rae Jepsen’s first full-length release since “Call Me Maybe” blew up like napalm, sounds quite a bit like “Call Me Maybe.”

The problem, of course, is that capturing the same magic twelve tracks in a row is a nearly impossible feat, and unfortunately for Jepsen, The Kiss fails to accomplish the nearly impossible.

Much of what made “Call Me Maybe” so unspeakably catchy was the minimalist way the song was presented. There were very few synthesizer effects. The song relied on quick-hitting strings, a simple drumbeat and extended spaces in between chords to create a bouncy, energetic sound. It was oddly simple.

Jepsen’s producers went completely away from the minimalist sound for most of The Kiss, making the album little different than the Katy Perrys and the Nicki Minajs of the music world. It’s easy to see why they would make this decision: it sells records. But it doesn’t make for a particularly distinct sound, and it definitely doesn’t make for an album that lives up to the “Maybe” hype.

Two of the more egregious offenders include “Tonight I’m Getting Over You” and “Guitar String/Wedding Ring,” both of which abuse the synth sounds and auto-tune Jepsen to nearly unrecognizable lengths.

The heavy auto-tune on Jepsen’s voice is painful. Her unaffected voice is an extremely light soprano, like one’s eardrums are resting on a cotton ball. Jepsen’s auto-tuned voice is a high-pitched saw, hacking away at the eardrum with unpleasant intensity.

When Jepsen operates simply, the album works. The gem is “Beautiful,” three minutes of pop-superstar power, as Jepsen is joined by Justin Bieber, owner of Jepsen’s label Schoolboy Records. Jepsen and Bieber play a stripped-down acoustic song that allows both to demonstrate their considerable vocal talents without the overly polished auto-tune that usually pervades their songs.

As a pop-sensation, Jepsen will gain a lot of money, but not a lot of critical acclaim.

That’s probably fine with Jepsen, and it’s definitely fine with her handlers. It’s just a little disappointing for the rest of us. 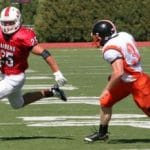