The Raiders emerged victorious over the Tigers from Doane College with a score of 28-14.

The excitment started off with a four-yard touchdown pass from junior Davis Bloemendaal to junior Brice Byker  to put NW ahead 6-0.

The Tigers answered  with an  80 yard drive ending in a 23-yard halfback pass making the score 7-6. With about three minutes left in the half, the Raiders took the lead once again on a three-yard run from senior running back Brandon Smith topping off a 68-yard drive. Bloemendaal rushed to convert the two-point conversion.

The Raiders came out strong in the second half. They  scored right away on a five-yard pass from Bloemendaal to sophomore Ben Green, which put NW ahead 20-7.

The last score from the Raiders came on a seven-yard run by junior Theo Bartman  and a successful two-point conversion pass to senior tight end Jacey Hoegh, making the score 28-7.

Doane ended its scoring with a 14-yard run and an unsuccessful on-side kick recovered by senior wideout Tyler Walker to clinch the win.

Overall, the Raiders recorded 406 yards of total offense led by Bartman who had a career-high 143 yards as well as a rushing touchdown.

“Our offense started off a little slow,” Bartman said, “but once we fixed the little things, we started playing our game.”

Smith also scored and ran for 117 yards, making this the second time the pair of backs ran for over 100 yards in the same game.

Bloemendaal went 15-22 passing with a total of 144 yards and two touchdowns.

He adjusted to senior Willie Willats’ snaps after redshirt sophomore Tyler Janota had to leave the game due to injury.

Defensively, NW was led in tackles by senior linebacker Aaron Jansen ,  who recorded 8.5 tackles, three of which were for a loss of yards.

Junior Nate Van Ginkel also had an impressive interception in the fourth quarter, giving the Raiders another chance on offense.

“Our guys stopped the run well which put them into predictable situations,” Van Ginkel said about his defensive teammates.

The defensive side went to work against the Doane offense. They held the Tigers to 234 total offense yards, irregular from the 443 yards they had averaged in previous games.

“Our defense played well and did a good job at making stops,” Bartman said.

The next match up for the Raiders will be at 1 p.m. tomorrow against Dakota State at Korver Field. 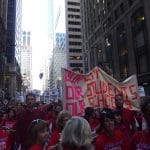