Central College in Pella, Iowa is cutting tuition by $20,000. It will go into effect fall of 2020 for current and new students.

This change stemmed from years of studies and conversations with parents who were dissatisfied with the high cost of a college education.

Last year, Central College cost a student $38,600 tuition overall with $10,280 for room and board. The room and board remain the same, but the tuition is now $18,600 with scholarships and financial aid still available to all students.

“All of this is being done to make clear how affordable and mind-opening a high-quality, personalized Central education really is,” Mark Putnam, president of Central College, said in a press conference.

They are marketing the change as a rebellion against the current models of high-tuition and high-aid where colleges set high sticker prices but provide more aid in return. The model has shown that students feel valued more because their college is willing to help them.

However, this tuition cut is solely a price reduction, according to President Greg Christy. “The new pricing model being used by Central College does not change the amount of revenue they need to operate annually. Students will be paying what they would pay under their current price,” Christy said.

Corrie Hayes, a senior business administrative/marketing major at Northwestern College, still feels like she is getting a good deal.

“Central College’s tuition cut is purely a marketing tactic aiming to diversify its market while playing into the current issue of making college affordable and available to all,” Hayes said.

Though many students on campus were shocked at the announcement, Central College is not the first.  Four liberal arts colleges have recently cut their sticker prices. Colleges like Central are creating a domino effect that more universities are taking hold of. NW has considered this change in the past but sided against it.

“The advertised price for Northwestern communicates something important about its value relative to competitors and allows our scholarships to be at a competitive level,” said Mark Bloemendaal, the vice president for enrollment and marketing.

Central College expects to have an average aid and scholarship amount of $8,927, prior to loans. With their new tuition cut, this brings their average student cost, including room and board, to $19,953. Assuming a similar loan amount of $5,500, Central College students will be paying an average of roughly $1,000 more out-of-pocket than NW students currently are paying. 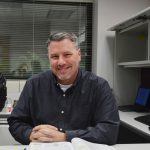 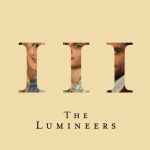