The Lumineers newest album, “III,” shows the brilliance of blending a dark story with a tune you will catch yourself humming on the way to class. The Lumineers masterfully go from innocent love songs to tragic stories of generational addictions all while keeping a sound that stays true to their roots.

“III” is separated into the stories of three fictional family members based on real people: Gloria Sparks, Jimmy Sparks and Junior Sparks. To understand the story the album is revealing, it is imperative  to listen to the songs in order. The lead vocalist of the Lumineers, Wesley Schultz, has said in interviews that, “the things that happen in life are so much stranger than the things you could make up.”

The tracks “Donna”, “Life in the City” and “Gloria” give listeners a first look into the themes of abandonment and addictions in the Sparks family. “Life in the City” is arguably the only light-hearted song on the album. It’s intentionally placed between “Donna” and “Gloria” so listeners are left to wonder if Gloria’s mom is the root of her problems or if something else in the city led Gloria to be an abusive, alcoholic mother and wife.

The second chapter of the album comes from the perspective of Gloria’s grandson, Junior. The first song of the chapter, “It Wasn’t Easy To Be Happy For You”, is a classic angsty song about a breakup that any listener immediately feels they can relate to. It’s followed by “Leader Of The Landslide”, a brutally honest song about Junior recognizing the cycle of addiction and abandonment in his family.

The first half of this track is almost stale, but the quickening tempo halfway through leads to a lyrical breakthrough with lines like, “All I ever wanted was a mother for the first time,” and “We were young, we were innocent / You told me a lie, f— you for that”.  The upbeat sound contrasts starkly with the dark lyrics that depict the resentment that builds up when you repeatedly let someone you care about hurt you. The second chapter ends with the song “Left For Denver,” in which Junior is questioning why his mother left him and his father. It has a soothing and reminiscent sound with lyrics that leave listeners craving closure for Junior’s sake.

The third and final chapter of the album tells the story of Junior’s father, Jimmy. Jimmy’s story leaves listeners feeling an unexpected empathy toward him. Jimmy Sparks candidly addresses his own struggle with gambling and single parenting. The intense chord progression hints that something bad will happen within the story by the end of the song. The song ends with the harsh imagery of Jimmy defeated and standing on the side of the road. A car, driven by his own son, speeds by as he tries to wave for a ride. The closing lyrics, “Cause it’s us or them / Cause it’s me or him,” reference Junior’s decision to step away from the vicious cycle that ruined his family.

Just when you think everything is about to be resolved, The Lumineers throw in the final track, “Salt and the Sea”. This track builds tension through the mysterious piano accompaniment paired with dark lyrics that, in the end, suggest Junior wanted to save his dad, but Jimmy wouldn’t let him.

Overall, this album deserves a 5 out of 5 for the authentic sound and lyrical ingenuity that beautifully and intentionally binds the whole story together.

The Lumineers do a remarkable job of making this album relatable, in that everyone knows someone who has dealt with the issues addressed in the album. They took this album a step further by creating short films that provide a visual of what is happening among the Sparks family. It was easy to become emotionally invested in the story which is the mark of quality music. The tension of “Salt and the Sea” ironically made me feel hopeful for Junior’s situation.

It’s safe to say that this album shows extreme maturation in The Lumineers songwriting. 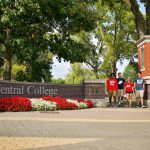 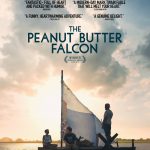