At first listen to the new Chainsmokers album, Sick Boy,  it feels like I have heard it enough times to be tired of it.

The Chainsmokers are not known for saying anything of substance in their songs, and this album is no different. Although lyrics themselves don’t have to be deep or particularly thought provoking, when there is almost nothing else noteworthy or interesting in the music, bad lyrics stick out like a Chainsmokers’ song at a funeral.

If you are unfamiliar with the Chainsmokers, I suggest opening up Spotify and clicking on any one of their top five tracks, and I imagine you will be struck with the feeling of seeing that aunt or cousin at a family get together. The face is familiar, but you’re not happy about seeing it.

To continue with the analogy, once you have heard the Chainsmokers’ song, in this case seeing the unwelcome, let’s call her Aunt Judy (don’t worry she doesn’t read this), she will undoubtedly come up to you and converse whether you want to or not.

A Chainsmokers song is no different. Once you’ve heard it, it will stay in your head whether you want it to or not. The Chainsmokers have mastered what I like to call the “call-me-maybe-effect” which might explain how they remain relevant even as the EDM wave ebbs and flows.

On this album, the Chainsmokers have bucked the trend of having a semi-relevant female singer with an impressive range sing a lackluster hook that has little substance but is catchy and simple enough to have the stadium crowd singing along by the time the second chorus hits. They have instead managed to take three steps backward to return to the times when dance music was all about building to a “drop”. Do any of the drops pay off? In short, no.

They have found a very comfortable middle ground between the borderline seizure – inducing bass drops of Skrillex and the pseudo  – emotional, over repetitive house hits from the likes of Kygo. This gray area between what EDM was and what house is is both safe and lackluster. It lacks both the immense build up and release of old EDM and the easy to listen to attractiveness of pop-house.

On this album, the most interesting sections are those done by other artists. The themes on this album range from new love to self-pity but don’t scratch the surface enough to get anything above a fifth-grade reading level.

I don’t think anyone is asking for a “Ulysses” reference or the same level of vulnerability you would offer a therapist, but there are ways of telling stories and conveying emotion through music that isw unattainable in the safe territory that the Chainsmokers insist on staying in.

They say that comparison is the thief of joy and to compare the Chainsmokers to electronic artists like Daft Punk or Justice would be both an injustice to the aforementioned artists and unfair to the Chainsmokers, but the band still shows little signs of growth or ingenuity. 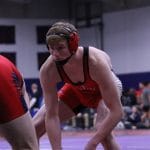 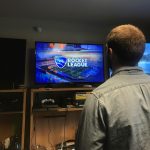