Northwestern College has recently made the move to add an esports club. Students were invited to attend a meeting earlier this semester to learn more about what is in store for the club. Organizers and coaches include Ben Karnish, Dan Swier and Lucas Heiberger. The club’s primary location for practices and other team events will be in a former communications lab in the basement of VPH. The necessary equipment has been ordered and should be moved into the esports room by the end of next week. Practices will begin once the room and equipment are fully functioning.

Karnish and Swier are the women’s and men’s soccer coaches on campus and have been advocating for a NW esports club for quite some time. Heiberger is a recent graduate of NW and an admissions counselor on campus. Heiberger is enthusiastic about the new club and has been involved with esports in the past. In the initial meeting, Karnish mentioned how the

continuously changing nature of esports will be both a challenge and a source of excitement for the club. NW’s student-athletes will be expected to step up and help each other improve in the games being played, especially for those games which the coaching staff has less experience.

The club members have already cleared out the former communications lab so it can be put to use. Accommodations will be modest this year but should continue to improve. The club has ordered six gaming computers to be used for practices and online competitions along with desks and chairs. Once the room is set up, it will be fitted with a swipe entry system so esports members can use the space whenever VPH is open.

NW is evaluating the possibilities for a number of different games as a part of the esports club. Currently, “Overwatch”, “League of Legends”, “Rocket League”, “Smash Ultimate” and “Hearthstone” are being considered. Of the games mentioned, “League of Legends” and “Overwatch” have the most developed college esports scenes. Students on campus have expressed the most interest in forming “Overwatch” and “Rocket League” teams, but other games have also piqued students’ curiosity.

The club has attracted a number of video game enthusiasts, but the likelihood of this year’s teams making big waves in the competitive community is slim. This semester will be a trial run for esports on campus. However, the club should draw more talented players to NW. The goal would be to have a varsity esports program that regularly competes against other schools and attracts top level competitors. 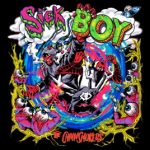 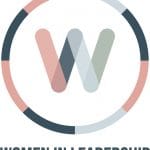