City and Colour recently debuted his fifth studio album, If I Should Go Before You. This album starts with ambient foot pedaling and leads you on a journey into the world of bluesy chords, soul-resonating lyrics and classic stories of love and loss.

The first song, “Woman,” reminds me of Song of Solomon or Psalms in its attempt to show a love that is lost and all the poetry that is used in a conversational technique to display the depths of human emptiness at the loss of a once flourishing relationship.

The album starts with the passionate statement, “Woman, my love is never ending like a sea without a shore.” The entire first song has a smooth swing pattern built by the ambient guitar picking and drawn out chords. Once the vocals begin, the background displays short, single string picks that are random and used effectively to convey determination equalling the smooth vocal tones used by lead vocalist, Dallas Green.

Green’s vocals are surprising to hear in this format because his previous albums have typically been stylized as acoustic, but this album continues with Green’s use of varied tempo changes, capturing the vocal spectrum that he has to offer.

This is most prominent in the album’s namesake, “If I Should Go Before You.” Green scales up and punches the notes so that every syllable is clear and there is a seeming conversation between the guitar backgrounds and his lyrical statements. This technique goes effectively with the album, as it is an inner dialogue about the loss of a cherished but unfixable love.

The building lyrical tension is resolved in the ending of the song, with a repeated guitar pattern that fades out beside the heartbreaking lyric, “If I should go before you// into the great unknown// I’ll leave my ghost right beside you// You won’t have to wait alone.”

Green holds onto the lyrics as if they are delicate displays of all his passion and romantic endeavors in the relatable cultural sentiment that nobody wants to be alone at the end of life.

The last song, “Blood,” gives a shining reflection on what it means to give so much in a relationship for the beauty that could be had between two lovers.

“Blood” is my favorite song on the album. I resonate with the repeated lyric, “I know there’s beauty buried beneath/ the surface of what we see.” It is described in the next song as depicting a mother bird feeding its young in the morning sunrise.

The human longing for deeper depths and truths to discover is conveyed in this satisfying conclusion to a great album for the introspective moments in life. 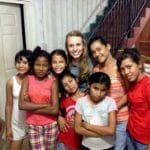 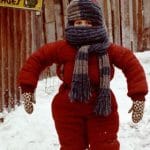