Going, Going, Gone! Colton Harold hits his fourth home run this week. Colton Harold, a senior from Abbotsford, British Columbia has been a big part of the Northwestern baseball team this year. During his career here, he has played third base and right field for the Raiders but has been primarily third base this season.

On April 6, Harold was awarded the Baseball Player of the Week for the GPAC and for the NAIA. For the week he was named, Harold’s slugging average was a 1.667 over four games, helping the Raiders win three of the four games over that weekend. He would hit four homers in those four games, record 13 runners batted in and hit at a .667 batting average for the week.

Coach Wede has been impressed with the way that Colton impacts the team on and off the field.

“Colton is a big presence in the middle of our lineup. He is a big guy 6 feet and 4 inches and can run a little, so his presence in our lineup is something that other coaches are always aware of. He has the ability to beat a team in so many ways offensively that he is very difficult to pitch to. He can hit for power, hit to any part of the field and will take a walk if teams try to pitch around him” Coach Wede said.

Overall, Colton is hitting at .331 average with a 1.026 on-base plus slugging over 36 games this year.  He leads the team this year in doubles with 10, RBIs with 36, homeruns with eight, slugging percentage with a .630 and 13 multi hitting games. 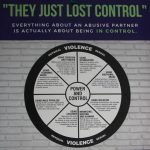 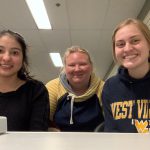