On Nov. 12, Ramaker was transformed into a great gathering space. The open concept building of Ramaker was packed with people sitting upstairs, in chairs on the lower level and the floor. String lights and warm drinks helped set the mood for the evening. Students from various cultural backgrounds and even different colleges came together to celebrate diversity and inclusion.

The event was put on by I-Club, which is a student-led organization that promotes cultural inclusivity. I-Club Coffeehouse was hosted in The Bridge Center suite of Ramaker. The lineup of student performances included several acts that celebrated cultural diversity. Cultural expression took the form of stand-up comedy, sing-alongs, a trivia game about flags, dance routines and singing. Almost every act included music in some way, either through singing, playing an instrument or dancing. Even the familiar Kahoot theme music was featured. While this was an intercultural event, not every performance or act was explicitly representative of another culture. There were also acts such as poetry reading and singing or playing worship music.

Audience members enjoyed sipping on their apple cider, hot chocolate and coffee while taking in the sights and sounds. “While enjoying one of the songs, I saw my friend from the culture represented by the song smiling and singing along to what she was familiar with. Later on, this friend shared how much it meant to her that one of the performers had learned her culture for the performance,” Elyssa Tang said.

I-Club Coffeehouse is meant to encourage intercultural diversity, but the ultimate goal is inclusivity. It is about ensuring that everyone’s voices can be heard and that there are no barriers to hinder the power of their voices.

One of the most striking aspects of the night was the incorporation of Dordt University students. Several of the acts were Dordt students sharing their talents and culture or even pairing up with NW students for a performance. The inclusion was so seamless that, if someone was not paying attention, they would never know these students were from our rival school. There was no animosity toward these students. There was only resounding support from the audience. Many of the audience members were Dordt students as well.

The event went smoothly with Syd Rehmke working on sound and projections. Marcel Lengert and Paul Schweighardt were stellar MCs for the night and brought on great comedic energy. Hikaru Hirata, the president of the club, served as the mastermind organizer behind I-Club Coffeehouse.

While being an incredibly entertaining event, I-Club Coffeehouse was also educational and made sure everyone left with a higher cultural quotient than they came in with. “What a beauty it is to share one’s culture, to be in the midst of a familiar culture, and to learn another’s culture!” Tang said. This event presented students with an opportunity to become more culturally conscious and learn from the lifting of diverse voices. 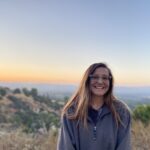 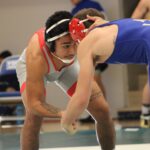