Community lives on in apartments Residence life on campus has made a series of changes this year, and these changes are not limited to dorm life. This is the first year the apartments have had a full-time residence director.

The program is a new way of utilizing the funds each residence hall is given for events.

“It’s not a confusing thing but because it’s new, it seems confusing,” said Ally Austin, resident assistant of Bolks Apartment A.

Every year, funding is provided to each dorm to financially support each dorm’s all-hall event.

In the past, the problem has been that the apartments have had difficulty planning successful all-hall events, so often times, the funds go unused.

“We have been trying to get that money used in a way students want it to be used,” Austin said.

The new program is geared toward encouraging apartment residents to plan events and activities with one another. When an apartment plans an activity or event that fits into one of six categories that have been designated, money that was spent by apartment residents will be reimbursed from the apartment building’s all-hall fund after clearing with their RA.

“The idea is that if your apartment is interested in one of the themes, then you can host an event in your apartment and we will support you in that with the money we have,” Austin said.

“All you have to do is turn in your receipt,” said Lyric Morris, RA of Bolks Apartment B.

Hosting an event to get reimbursed doesn’t mean residents have to invite their entire apartment building in order to qualify.

“For some people moving into the apartments, it can feel isolating, and this is our way of encouraging them to create the community they are looking for,” Caffey said. “It doesn’t have to be your whole building or even your whole floor. It could just be two different apartments connecting.”

Residence life does not want the idea of hosting an event to be daunting or overwhelming.

“The whole point is to foster community; it’s to make it feel like a wing event, but just in your own apartment,” Morris said.

In the past, some students have thought of the apartments as a place devoid of community, but Caffey and the apartment RAs hope this program will give apartment residents a chance to foster community between different apartments.

“We aren’t going to force the community thing on people who don’t want it,” Austin said. “But to the people who do want it, ‘hey, here’s some money for it. We want to encourage apartment community, but we know it’s not dorm community. We don’t know what to expect, but so often the idea is that people move to the apartments because that’s where ‘community goes to die’, but that’s not true; community just looks different.” 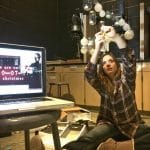