It is marching band season, and all the high school nostalgia comes flooding back. This season runs from  the third weekend in September to the third or fourth weekend in October. In a marching band, the band members work on memorizing at least seven minutes of music as well as different positions around a field all at the same time.

They then take what they have learned and go to competitions to show off what they have worked so hard on. This is something that is  different from year to year as you cannot do the same show two years in a row.

For most schools, they have already spent most of their time practicing and rehearsing, but if college has taught us anything, it is that there is always room to improve.

It is because of this, and Steve Connell’s 42 years as a band director that he decided to create the opportunity to have a marching band clinic. He realized the importance of having an outside opinion on elements of the show to improve on the overall performance.

The copmetition is taking place on September 11, 2021,  on Northwestern’s campus. The event will host five bands from Iowa, South Dakota and Nebraska. Each band will have an hour for a hands-on session with five experts in the art of marching band. These times range from 11 a.m. to 4 p.m. with a small break for lunch on Korver Field. This time will give the bands the opportunities to work on areas that they really struggle with and get tips, strategies and feedback in real time to make needed improvements in time for competitions a week after the clinic.

After the seminars, the bands will come together to put on a special performance in honor of the twentieth anniversary of 9/11 at 9 p.m.

The opportunity to host this type of event comes with the chance to help out high schools and continue to share what Northwestern is all about. However, the event is not without cost. While it is being sponsored by the Northwestern College Athletic Department and the Red Raider Athletic Band, any funds raised through band entry fees, admission to the event and concessions sales will be used to help offset the band member uniform expenses.

Admission to the event will be $8 for adults and $5 for students (elementary aged through college). So, if you miss the marching band days and want to experience some of it again, you can head on over to the football field at 7 p.m. and show your support at NW’s first ever Marching Band Clinic. 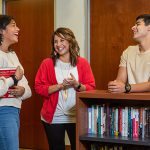 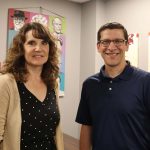