Some odd month or two into quarantine, I stood with a leg bent and my foot up on the windowsill, heroic and awesome and the envy of all who might have seen me. I’d been prompted by my brother for further elaboration on the claim I’d just made – that this, 2020 and its associated facets is the new era of our nation.

I based this declaration on what I’d already known for most of my adult life about our country and its machinations.

At the time of this writing, the past 18 years, starting only months before my birth in January 2002, had been the post-9/11 era – a period characterized by American military involvement with sovereign nations deemed threatening and exploitation of their industries for our benefit under the guise that we were fighting “terror,” which after 20 years has only festered, the combined efforts of their terrorism and our greed butchering the Middle East to a point almost irreversible, an example of neo-imperialism. War crimes were signed off by our presidents and swept under the rug, all of it “justified” by what happened on a brisk September morning in 2001. (For more of that, look up Noam Chomsky describing the war crimes of all the recent U.S. presidents—fascinating and thoroughly depraved stuff.)

Until 2016, the election of a black man was possibly the greatest shock to the system, and as cynics and intelligent, mostly leftist critics of Obama (including Chomsky) have made clear, he didn’t fall far from the tree in terms of sinister foreign relations and undercover operations.

However, Trump’s 2016 election was a shock, and now with the crescendo of the COVID-19 pandemic and a bitter, divisive election of 2020, I am firm in my claim that this is the new era of the United States.

I write this on Nov. 3, election night, and while the results of tonight, however long they take to count, will determine the degree to which this period affects our history, one day this period will be called the era of Trump and COVID.

Directly,] COVID-19 has now killed over 230,000 Americans: mothers, fathers, children, veterans, doctors, teachers, friends. So many have watched loved ones die of this illness because our hospitals were unprepared for the magnitude of patients.

Meanwhile, the nature of infectious disease makes being by their side during their final days impossible and dangerous. The bitterness of distance and loss will linger with so many Americans long after the vaccine is developed.

Over 9.4 million have come down with the illness, the lasting damage done to their immune, respiratory and nervous systems still widely unknown.

A facet of the post-9/11 era was the seemingly annual revelation that some given thing, like smoke inhalation, the first responders were exposed to at ground zero was deadly in a newly discovered way. This further complicated the attitude Americans had toward 9/11, and I would not be surprised at all if years from now we continue to learn new ways Americans once infected with COVID-19 are entitled to compensation.

Less directly, millions of jobs have been lost, the magnitude and severity of mental illnesses have increased on average and victims of domestic abuse are now for the most part trapped at home with their oppressors.

Maybe I’m dwelling too much on the bummers. Call me a cynic if you will, but most of American history has been measured by bummers.

Even the moments of spirit and hope came at the detriment to someone else (i.e. imperialism, Manifest Destiny, etc.). It’s 9 p.m. on election night, and like a lot of this country is, I’m stressed. But as my favorite books, however tragic, always end, I am hopeful for the sunrise. 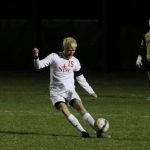 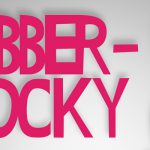