Vanderhill Cottage has been home to many, but its most recent occupants are some that moved after West Hall closed.

As West Hall residents moved into Hospers Hall, the women of Hospers moved into the third floor east wing of Fern Smith Hall. Some of the women of third east tried to remain together. Nine of them moved into Vanderhill Cottage.

“We were trying to figure out where we wanted to live, and we didn’t want to split up,” Candra Penning said. “The thought of the cottage came up and it just really went from there.”

The cottage is hidden between Stegenga Hall and North Suites, but to the nine women living there, the cottage has become home.

“My housing records go back to 2002, and since that time Vanderhill has been used to house students – both men and women,” Director of Residence Life, Marlon Haverdink said. “For some of those years, the students living in the house focused on a particular theme together.”

The cottage has been themed after a major or area of study in the past, such as Spanish. This allowed all of the residents to practice their language skills and simulate a Hispanic culture.

Even though there is no official theme to the house this year, Penning says the cottage still is an encouraging community.

“I think this is an absolutely great way to promote community because we have been able to have people over nonstop,” Penning said. “I just love it. I don’t feel like it’s excluding because we are very intentional in making sure we are still engaged in community.”

There have been some concerns that having the house on campus is not promoting the type of community NW is trying to maintain, but Haverdink disagrees.

“Living in the cottage can definitely experience a deep sense of community due to the familial nature of their housing arrangement,” Haverdink said. “Cooking meals together, sharing conversation in the living room, having Bible studies together and inviting friends over for game nights all can happen very naturally in the cottage due to the generous amount of living space.”

However, the cottage may not be an option for students next year.

“I have heard rumors it might be torn down next year,” Penning said. “It seems like it really depends on housing next year, if they keep the cottage up as an option.”

As campus goes through a multitude of residence hall closures, the cottages may soon join the list.

“Plans for the cottage remain unclear at this point but the lifespan of the cottage is certainly nearing its end,” Haverdink said. “Long-term plans for the campus do not include housing students in Vanderhill.”

The cottage is a good transition between dorms and independent living.

“It’s been a really great way for us to go from the dorm life to the real world. We are learning to be more independent and more responsible in a way,” Penning said. “We are still active members of the community here at NW and we are not totally isolated.”

Students are invited to venture into Vanderhill cottage.

“We love to give tours to people who come in,” Penning said. “This may be the last year this historic building remains on the campus, so see it while you can.” 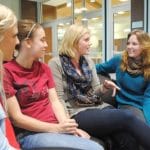 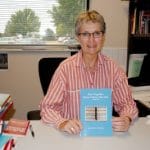