Say what you will about Icelandic electronic artist Bjork, the girl is ambitious.

She easily could have released her newest album, “Biophilia,” impressed fans with its intricate percussion arrangements and called it a day.

Instead, Bjork decided to simultaneously release an infinite number of remixes, created by anyone with an iPhone or an iPad.

With the help of Apple, Bjork designed an application that would allow listeners to mix, twist around, isolate individual notes or instruments and design their own recreations of songs from the album. Fans, or simply those fascinated by the science of music, will be able to explore her music in a unique and hopefully fun new way.

“Biophilia” is a geek-chic delight. The album is full of lyrical ruminations about rocks, viruses, earth’s continuing evolution and even more scientific topics. But to give a fair warning, Bjork is sure to offend some strict Creationists with a few of her lyrics. In the song “Cosmogony,” she brings up several perspectives on how the universe may have come to life, including the idea that “Our universe was an empty seat/ until a silver fox/ and her cunning mate/ began to sing/ a song that became the world we know.”

The concept of an album with lyrics all about science rather than the typical topics of love or emotions, for example, is a fun idea. However, “Biophilia” seems better as a soundtrack for a “Bill Nye” opera than as an album standing alone. Although it would be a great accomplishment to create a song about rocks that actually, well, rocks, Bjork isn’t there yet.

While those who are already fans of Bjork are sure to love the sound on “Biophilia,” the album is unlikely to win over any new fans. Her gasping, almost hiccup-sounding style of singing takes time to learn to appreciate.

Although it was her goals to stay away from using guitars or ordinary pianos, the instruments she used instead are just plain strange. Some listeners may enjoy them for that reason, some definitely won’t.

Even for those with the chance to play with the tunes on their iPhones, the songs themselves may be less memorable than the app itself—kind of like the preset songs that come on toy pianos or the free songs already on that new computer. 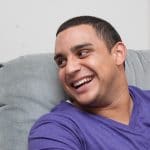