Ben Aguilera is engaging and easy to talk to, and he plans to go to seminary after he graduates. So his reason for playing football is mildly disconcerting: “I wanted to hit and hurt someone,” he said. “It’s weird, because I have this ‘ministerial’ switch. When I’m doing ministry, I love, love, love, but when I’m on the field, I love to hit, I guess.”
Aguilera, a senior linebacker for the Northwestern football team, grew up in Redlands, Calif., (“the most beautiful place on earth, seriously”) with a single mother, who encouraged him to take up sports as an escape. His first strong football memory came during his freshman year. Ironically, it’s the only part of that game he remembers; he concussed himself on the play.
“[On kickoff], I ran down the field as fast as I could, hit someone very hard and blacked out. The first thing I remember is the varsity coach after the game saying, ‘You are going to become a great football player.’”
He did indeed, on an excellent team. “My senior year we were ranked 14th in the nation,” Aguilera said. “I played with a lot of good football players. Almost every single [NCAA Division I] West Coast team has someone I know.”
NW noted Aguilera’s talent, but he didn’t come all the way to Iowa alone. Sophomore defensive back Jerel Kyles and sophomore defensive end Gerard Fluellen graduated from the same high school and followed him to Orange City. “I don’t know what I’d do without those two guys,” Aguilera said. “I would go crazy. I’d probably leave.”
There is one disadvantage in playing for talented football teams his whole life: Aguilera never learned how to lose. “Two in a row? I’ve never done that. This year, losing to Morningside, then Doane was just, it destroyed me. If I wasn’t a captain, I don’t know if I would have flipped the switch.”
There’s one more thing in Aguilera’s career that he feels is missing. “I don’t have a ring. That’s heartbreaking, because in football, I haven’t won the big game. Here, we haven’t even gotten to the playoffs. I don’t know what that feels like.”
As NW enters the last half of the season unranked but on a roll, Aguilera’s playoff aspirations rest on the Raiders’ ability to win out. Here’s to ending a winning career appropriately: with a win. 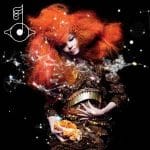