The Raider cross country squads finished up their season on Saturday in Lincoln, Neb., at the GPAC championship meet.
Northwestern’s women placed fifth out of a very competitive 11 teams, and the men finished eighth out of 10 teams.
The hilly course provided some challenges, but the conditions were to the runners’ liking.
“It was really perfect weather,” said freshman Logan Hovland. “It was about 50 degrees out and the trees blocked most of the wind.”
Senior Teresa Kerkvliet crossed the line in 19:37 to be the top NW runner in 16th place. Sophomore Dawn Gildersleeve was behind her in 19th place and a time of 19:44. Junior Amy Van Skike and freshman Amber Sandbulte earned 21st and 23rd place overall. Freshman Sara Edwardson rounded out the lineup in 20:09, which earned her 29th place.
On the men’s team, Hovland led NW in the 8K race, placing 29th in a time of 27:37. Junior Jesse Baldwin earned a 47th place finish with his 28:19. Three freshmen, Jose Martinez, Skyler Giddings and Anthony Epp, packed together and finished 66th, 69th and 71st, respectively.
Both the women and men’s squads are excited about what next season will bring.
“We had two guys (junior Sean Guthmiller and sophomore Zach Wittenberg) in our top four who didn’t even really get to run this year.” Hovland said.
The amount of youth on both rosters is also cause for higher expectations.
“Seven of the 14 runners at conference were freshmen,” Sandbulte said. “We have a lot of younger runners, and we are right there and close to being really good.”
The season ends for both squads with the women’s side earning votes in the latest NAIA polls. 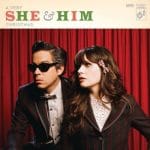 Bring She & Him some cheer for Christmas