Northwestern College’s Cross-Cultural Community House aims to create a community that respects, values and celebrates differences as well as similarities.

According to Multi-Ethnic Student Counselor Rahn Fanklin, this idea was set into motion after much research was completed.

The survey indicated that NW students are more comfortable interacting with their own racial or ethnic groups than other groups. It found that students of different cultural backgrounds are less likely to have intellectual discussions outside class; share personal feelings and problems; eat, socialize or study together; and have honest discussions about racial and ethnic relations outside of their classrooms.

NW’s cross-cultural housing is fashioned after the Antioch community at Northwestern College in St. Paul, Minn.

“Nationwide, the idea of [cross-cultural] housing is on the rise and is always debatable regarding its potential to retain students and/or alienate them from the campus community,” Franklin said.

The hope is that the cross-cultural housing on campus will create a place where community can thrive.

Located on the second floor of Bolks Apartment B (East), the Cross-Cultural Community House is home to 22 students from a wide variety of racial and cultural backgrounds.

Students found out about the opportunity to live in this community through friends, roommates, La Mosaic meetings and the Day of Learning. For senior Samantha Bender, living in another country made her realize the importance of what this type of environment could offer.

“I spent a semester and a summer in Romania. Something I found to be really valuable was spending time with people who are different from you,” Bender said. “Although we approach life differently in different situations, there’s a lot of beauty in diversity. I was excited to just do life together. We don’t usually get outside our social sphere, but it’s the best thing you can do for yourself.”

Junior Gee Daka said she also saw the cross-cultural housing as a way to branch out from her normal group of friends: “I thought living here would be really cool. As an international student, I was hanging out with the same people and I wanted to meet new people,” Daka said. “You never know what you can learn from someone, and I wanted to learn new things about myself, too.”

Still others weren’t immediately sure about what to do for housing.

“Last year the cross-cultural housing was mentioned in La Mosaic. It sounded cool, but I didn’t really want to do it because I wanted to stay in the dorms. I had a few roommate offers, but I was still struggling with where I wanted to live,” said sophomore Talitha Witt. “I was praying and asking God, ‘What do I do for housing?’ After that, I just saw the words ‘cross-cultural’ everywhere I looked. I took it as a sign from God.”

Living with people from other cultural backgrounds is already beginning to transform opinions.

“I had so many perceptions of people, and they’ve already changed,” said senior Jasmine Smith. “We had perceptions of each other as roommates, but they’ve changed. For example, my freshman year Samantha [Bender] was a lot different than she is now. Just seeing the growth of someone that you haven’t been around for so long is fascinating.”

In weekly meetings, roommates join other students on the floor to get to know one another and to discuss ways to break down walls. Bender and her roommates collided on multiple issues, especially those regarding faith. In their apartment, not everyone is Christian. They are learning different perspectives about what it means to love one’s neighbor and what it means to love God. Bender said they appreciate the beauty in other faiths and have books about Islam, Jewish prayer books and the Bible lying out on coffee tables at the same time in their room.

Junior Isaiah Custer and his roommates are learning about perspective in another way: They are discovering how to appreciate each other’s passions. Custer is a theatre major and involved in many productions, and his roommates are on the football team. Busy schedules make it difficult for the five of them to find time together, but they are learning to appreciate one another’s interests.

“It’s been interesting because the four guys I’m living with have known each other forever,” Custer said. “They play football together, lift weights together and eat together. It’s been interesting coming in not knowing them, but it’s been a good experience that has made me conscious of other groups on campus and what their schedules are like.”

Not only are Custer’s views changing about interests other than his own but he’s also become aware of another thing.

“I’m a minority. I’m the only white guy on the entire floor,” Custer said. “I’m used to being one in the crowd where I blend in with everyone else, so it’s really interesting to me to be the one who stands out because of my race. That’s kind of a cool thing to me because I’m so used to seeing white people as the prevalent race in America, but I realize that there are so many different cultures around us that influence things like politics, music, acting and management.”

Life in the cross-cultural housing is also helping to teach students that no matter where they’ve come from or what they’ve previously dealt with, they are living life together.

“A thing we found out about stereotypes is that they’re funny at times but other times hurtful,” said junior Isaiah Twitty. “We all share some of the same issues.”

As students begin to relate more to one another in this way, personal viewpoints have begun to change. Sophomore Kaela Prachar is realizing the importance of her own cultural background, which is something she hasn’t noticed until now.

“A lot of people have come up to me and asked, ‘Why do you live in the cross-cultural housing? You’re white.’ In being asked that question, I have become aware of the parts of culture in my life that are unique to me,” Prachar said. “I’m learning that there are things in my culture that I’ve taken for granted.”

When people have addressed Witt with the same remark about her skin color, she has always responded, “I still have a culture!”

Living in the apartments has encouraged students not only to identify with their unique cultural backgrounds but also to celebrate those differences with others.

“There’s so much emphasis on community, on loving other people and inviting other people into your space,” Prachar said. “It’s pushed us a lot to not just be intentional about living here but going out to campus and bringing people back here.”

One way in which Prachar and her roommates are being intentional about this is through hosting Saturday morning breakfasts in their apartment. Witt said the large space of the apartment allows them to create a place in which people can come and feel welcomed. So far, they’ve served between 30 and 50 people every weekend. The six students had originally planned to serve breakfast every Saturday but due to a lack of funds are only able to do so every other weekend.

A diverse community is being built not only within individual rooms, or even on one floor, but instead, it’s being spread throughout campus.

“We’ve had to approach so many things with an open mind,” Prachar said. “The cross-cultural house is not just about living together. It’s about walking in and being so open and so flexible. It’s created something that doesn’t happen in all places.” 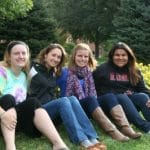 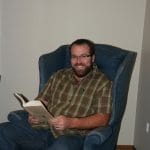