Shin, who joined the art department as an assistant professor, said she appreciates NW’s Christian atmosphere after participating in an artist residency program where she was the only Christian.

At the Rochester Folk Art Guild in rural New York, Shin lived and worked with 13 other artists, including glassblowers, bookmakers and woodworkers.

“It was really good to go to a rural area and get away from the city,” Shin said. “I was isolated, so I was able to focus on my art.”

Inspired by everyday activities, Shin calls herself a conceptual artist, meaning she emphasizes the ideas presented in her art over the actual products.

Shin is currently working on a sculpture made of her father’s shirts that she has collected over the years. Woven together with golden thread, the project is a reflection on her relationship with her family, Shin said.

A native of South Korea, Shin earned a bachelor of fine arts degree in industrial design from Cho-Sun University. After moving to the U.S., she earned an additional B.F.A. in craft and material studies from Virginia Commonwealth University. Shin completed her Master of Fine Arts degree in studio art at the University of Texas in May.

“I was told there was a high density of churches, the difference being that people actually attend them here,” Martin said.

Martin previously lived in Newfoundland, a Canadian province that has become largely secularized in recent history.

“To come to a place where the churches are full was eye-opening,” he said.

While in Newfoundland, Martin completed his doctorate in English language and literature at Memorial University.

Martin received a master’s degree in creative writing from the University of Toronto, where he struggled to reconcile his opinions on writing with those of other students.

“People wanted to be jaded or ironic about things,” Martin said. “Cynicism was the tone that people assumed you needed in creative writing of that level.”

Instead, Martin said he seeks to depict the world truthfully without disregarding compassion.

“There is a difference between seeing clearly and being cynical,” he said. “Cynicism is just another way of closing your eyes.”

As a professor, Martin bases his teaching philosophy on his belief that writers must represent the world both truthfully and compassionately.

“In terms of teaching here, I teach people that you can pay serious loving attention to things,” Martin said.

“Everything you look at, you should try to see truthfully, but you need to see things compassionately as well.”

Martin is the author of a short story collection titled “This Ramshackle Tabernacle” and the novel “A Blessed Snarl.” 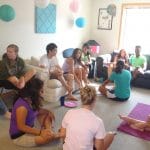 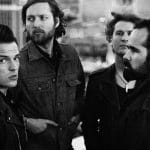