“It is a collaboration of different Native American folk tales about tricksters,” said junior Emily Wohlers, who plays a firefly and a rabbit.

“Trickster Tales” is in the format of other common children’s stories.

“It is like Aesop’s Fables but in Native American style, “ said junior Isaiah Custer,who plays a bear and a coyote.

The tales are meant to teach kids how to treat people and what not to do in different situations. It is a comedy designed to get the audience involved.

“It’s fun. It reminds me of a Disney movie because it is great for all ages,” Wohlers said.

“Trickster Tales” is part of the theater’s ongoing effort to put on performances that will introduce the students and community to new cultures.

“People live in Sioux County, but they don’t have a lot of interaction with the Sioux tribe,” said theater Prof. Robbert Hubbard, the play’s director. “I have an interest in Native American culture.”

Because it is children’s theater, the play has an aspect of improvisation.

“We have kids interacting in the production, so we never know what they are going to do,” Wohlers said.

“Trickster Tales” will be performed for school groups every Tuesday beginning

To reserve tickets for this performance, contact the box office, which is open from 4 to 9 p.m. Monday to Friday and from noon to 5 p.m. on Saturday. The box office can also be reached by phone or by email at boxoffice@nwciowa.edu. 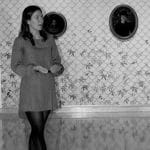