The play was written by Simon Stephens and is based on the novel Mark Haddon. It focuses on a 15-year-old boy, Christopher John Francis Boone, who has high functioning autism. Christopher has a love for math and space as well as a large imagination.

Throughout the play, Christopher goes on an adventure to London by himself and experiences the world all while finding out the truth about his family. Christopher’s story will not only be told through the actors but also the design elements within the show. Through design technology, the audience will get to see and feel what Christopher sees and feels.

Drew Schmidt, a professor in the theater department and the director of the play, is using the production as his tenure project.

A few years ago, Schmidt read both the book and the script for the play and it happened to work out for NW’s theater department to put the show together this year.

“This is not a chance for me to show off but to serve,” Schmidt said.

Not only is Schmidt directing the play, but he has taken artistic leadership for the show and he has had his hands on every other element of bringing the show to life.

“Rarely do I get to speak so loudly,” He said.

Along with lighting and sound design, Schmidt has experimented with projecting images onto the stage to enhance the scenic design.

The process of incorporating the projections has involved a lot of science and math, and the actors have had to find new ways to move around on stage and act. However, this isn’t the first time Schmidt and the theater department have worked with projections for a production.

The role of Christopher is being played by Maverick Risley, a senior theater major. This will be Risley’s last acting role as a student at NW because he will be studying in Chicago next semester.

“I’m very, very fortunate to have this be my last show at Northwestern,” Risley said.

Risley hopes to do the character of Christopher justice by making him believable and having the audience and ensemble fall in love with him.

“[I’m] not creating a character. [I’m] creating someone who is proud of his autism. He is wickedly intelligent,” Risley said. “I think it will be a truly beautiful show.”

When asked what they want the audience to take away from the show, Risley and Schmidt’s answers were based on the same theme: acceptance.

“People who have high functioning autism or learning disabilities are people too. They have real emotions like you and me,” Risley said.

Schmidt focused on the empathy of diversity found in the story. “This is just one story of one person,” Schmidt said. “It gives voice to people who might be unlike yourself, but might be your neighbor, friend, sibling or even yourself.

“Our hope is that telling the story speaks the deep truth of a God of justice and love. That my personhood, my value, my worth, my ability to image and reflect God is measured solely according to the person of Christ. Just like everyone else.”

Tickets can be reserved online at nwciowa.edu/tickets. This show is not recommended for children. 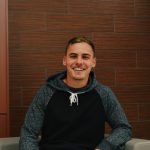 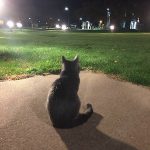