Home Featured Day in life of a nursing major
FeaturedFeatures

Nursing is commonly known as one of the most difficult majors at Northwestern. The major requires taking difficult classes, completing many labs and participating in clinical rotations. Madison Godfredson, a junior at NW, provides a glimpse into the life of a nursing major.

On Mondays, Wednesdays and Fridays, Godfredson completes a total of four class hours. She is currently taking Pathophysiology, Medical/Surgical Nursing and Principles of Sociology. Godfredson’s day starts with class at 7:45 a.m., and she does not finish classes until about 1:00 p.m.

Medical/Surgical Nursing is a class taken by junior nursing majors and involves two-hour lectures twice a week as well as clinical rotations. While it may be rigorous, it is actually one of Godfredson’s favorite nursing classes thus far. Godfredson said it requires the most time and effort, but she is learning a lot of useful information about nursing. The class has made her comfortable and confident when in a clinical or simulation setting.

On Tuesdays and Thursdays, Godfredson spends a majority of her day completing labs and clinical rotations. This semester she has to complete 12 total rotations. These days are by far her busiest. She typically has to wake up between 4 and 5 a.m. Rotations are completed in Sioux Falls, Sheldon or through simulation. These settings allow students to get urban and rural hospital experience. When completing clinical rotations, students are allowed to do anything that a licensed nurse can do.

“We do assessments of our patients, help the CNAs bathe and assist in hygiene care, pass medicine, build relationships with patients and learn about charting for care plans,” Godfredson said.

Rotations end around 3:00 p.m. Godfredson then has to complete an 11- to 12-page care plan based on the clinical day.

Once rotations or classes are done for the day, Godfredson spends three to four hours studying her notes. With the small amount of free time she has left in the evening, Godfredson eats supper with friends, attends meetings for her leadership role on Campus Ministries staff or works out in the Rowenhorst Student Center. She tries to be in bed by 10:30 p.m. to make getting up for an early alarm the next day a little easier.

Nursing students spend a lot of time together, especially when they get into the later years of nursing school. To help encourage more bonding, NW’s nursing department has a club called Nurse Christian Fellowship. This group has a representative from each class and plans various events. Around Christmas time, they get together to decorate cookies and go caroling. At the end of the year there is nurse Bingo, also known as “Ningo.” The winners receive various nursing-related prizes.

When going over Godfredson’s weekday schedule, it becomes obvious that nursing is a major that requires dedication. Even on weekends, Godfredson estimates that she spends at least five to six hours studying and preparing for the next week. Although it is not easy, Godfredson is sure that it is all worth it.

“I’ve always wanted to do something in the medical field,” Godfredson said. “I love the personal, relational aspect of nursing. Nurses are really special, because they get to spend the most time with patients.”

Godfredson said the nursing instructors are very encouraging and genuinely care about each student both inside and outside of the classroom. She is certain that her education at NW is preparing her well for her future career as a nurse. 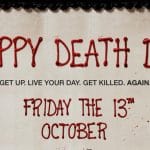 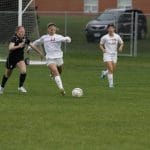