WW84, a Warner Bros Studios film, was released on streaming services on Christmas Day of 2020. DC Universe takes our hero, Wonder Woman, on a journey from the tragedies of World War I to the flashing lights and buzz of life in the 1980s, a time where the concept of greed was accompanied by the growing phenomenon of a self-focused society in America. One of the very first scenes takes place in a shopping mall, where hundreds of people were milling around buying things and adhering to advertisements that are almost blinding.

The main theme of this movie ties into the American mindset of “always wanting more.” The movie begins with young Diana, or Wonder Woman, in Themyscira, her homeland, and her discovery that she won’t prosper if she cheats her way through life. These themes are prominent throughout the entirety of the movie as she embarks on a journey to save humanity from itself.

During her  job as an archeologist, Dianna,  encounters the “Dreamstone,” a crystal created by the god of Treachery and Mischief, that grants any one wish to whoever asks. However, the stone takes one’s most prized possession in return.  It was known to collapse many societies in its past, and when it falls into the wrong hands, Wonder Woman has to decide whether it’s worth it to “cheat” the game of life, or save the world from the hands of greed.

The soundtrack of this film is absolutely marvelous. Composed by Rupert Gregson-Williams, it captures the spirit and sends shivers down the spine as one watches each scene take place. It increased the drama and the excitement of the movie, and gave me several rushes of adrenaline.

The cinematography and graphics of this film were exceptional, but they portrayed a somewhat glorified version of the 1980s. The character development and the way that many characters were perceived was not very well done, but the production and quality of this film is superb.

Like many DC, Marvel and other superhero lore, WW84 becomes slightly manifested in the concept of time.  Though it has nothing to do with time travel in general, it definitely tests the waters. When films play too much with rearranging time and space, they have a tendency to become “unbelievable,” even for a fantasy production. They produce plot holes, as well as solutions that seem thrown together much faster than how the problem originally occurred. This is something that critics easily pick apart and a concept that can weaken the plot of this movie. The end of this movie was elongated, and it could have quite easily wrapped up much more quickly due to extended, dramatic, and even cheesy dialogue.

Though the first Wonder Woman came out in 2017, it was much more enjoyable  than WW84.

Many people don’t watch superhero movies correctly. Some are quick to judge them for their overuse of CGI, their over-the-top scenes and character dynamics or in this case, their sequels and redone criteria. In order to fully appreciate movies such as WW84, one has to think of the story as a myth, and not something that could actually happen in our daily lives. Their goal isn’t to be as realistic as possible. When critics cease to view these movies in this way, they are deemed lower in quality and in story compared to other genres of film. A battle with a cheetah-human hybrid, as seen in the trailer of WW84, is hardly given a second thought on its own.  However, when a film such as this is seen in the light of mythology, then, and only then can we see the true beauty and wonder of WW84. 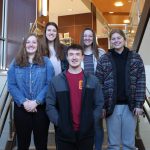