Home Opinion A case against the death penalty
Opinion

The news recently has been infatuated with historical events such as the inauguration and the insurrection at the capitol. These are all relevant topics to discuss, but while all of this has been going on, former President Donald Trump approved and allowed his 13th and final execution on Jan. 16, 2021. At that number, Trump has executed more people at the federal level than any other president in 100 years.

I believe within my heart that this is one of the most sickening things about his presidency because the institution of the death penalty is morally wrong and depicts a dark stain upon our society – a stain which is damning. On top of that understanding of morality, the idea of the capital punishment system is incredibly flawed and doesn’t accomplish anything other than needless death.

To begin, one would think that the death penalty would deter people from committing crimes. But according to the American Civil Liberties Union, that just isn’t the case. There is no correlation when looking at non-death penalty states and death penalty states. So, if the basis of it is to deter violence, it’s not working.

It’s also true that there have been multiple occasions where an innocent man has been convicted and executed. Who’s to be held accountable in that case? When innocent people die because we didn’t have all the right evidence, how can we feel good at night?

I understand that an argument here might be that the figure is incredibly small, but when it comes to innocent human life, the only acceptable rate is 0. They were killed by the very government that promised them “life, liberty, and the pursuit of happiness”.

And not only is it true that convictions have been wrong on occasions, it’s also true that the death penalty is inherently racist. Between 1930 and 1996, according to ACLU, 53% of the over 4000 people that were executed were black. To put that in perspective, 13% of America’s population is African American. Black offenders who kill white citizens are more likely to be charged with the death penalty, the University of Maryland discovered in a study.

Lastly, the death penalty is barbaric, for lack of a better term. There’s no denying the idea that methods over the years have been cruel and brutal. Hangings, electrocution, firing squad’s lethal injection – all of these incredibly brutal. Not to mention that these types of executions can be botched, even the lethal injection. Botched needle placements can elongate the process and cause incredible pain to the person.

I know that the inherent thought is that these people deserve what’s coming to them because of what they did. But at the end of the day, this isn’t good justice. It’s cruel.

Justice was best displayed by Christ. Christ never promoted the idea of killing someone even if they killed your family; Christ told his followers to turn the other cheek if someone wronged them. Christ’s idea of justice is completely opposite of that of our modern-day capital punishment.

Capital punishment puts blood on our hands. We are fighting violence with more violence, and somehow believing that that will solve all our problems. But instead, by normalizing the idea that death should be repaid with death, we are setting a dangerous narrative.

As Trump secures his legacy with another murder at the hands of the government, let us not forget that Christ himself was killed by the state. 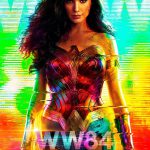 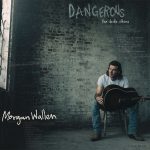