Dino-Light is a show put on by the Lightwire Theatre company, and it is a special theater experience because it takes place in pitch darkness and uses puppets of light to tell a fairytale story. These puppets are made of brightly colored lights that come from old Broadway productions. Using this recycled theater equipment, Lightwire made beautiful costumes out of neon lights that gives the audience a creative new way to see a show. These costumes end up becoming life-sized puppets of light.

Dino-Light is primarily a dance and movement-style theater production with original songs and an original fairytale that work together to create beautiful pictures with dance and light. As the rest of the theater is dark, the puppets have a glowing effect to them. Of Lightwire’s various productions, it is one of their first and is their most famous.

The story itself focuses on a scientist with magical powers and the young dinosaur he brings to life. Later, the scientist and young dinosaur get separated from each other when the dinosaur wanders away from home and finds himself in a wonderful world full of creatures that light up the darkness and help him find the meaning of love.

The young dinosaur even encounters another larger dinosaur along his journey, but the two dinosaurs do not get along. This leads to a dramatic fight scene where they fight each other with swords of light.

The audience can watch to see what the young dinosaur learns along his adventure, and can wait in anticipation to see whether or not the dinosaur and his scientist are reunited in the end.

To accompany this heartwarming new fairytale is an original soundtrack filled with great new songs.

Lightwire Theatre is originally from New York City and the exciting assortment of Broadway theaters. This proximity to the world of theater assisted them in their creation of this unique experience by giving them access to recycled equipment from Broadway to create their shows. In addition to the lights used to create the amazing costumes, Lightwire also uses batteries from Broadway shows. In professional theaters, batteries are only used once to ensure microphones are always working properly, so using these batteries for their shows is another way Lightwire can lessen the amount of waste created by theater productions.

Originally known as Darwin the Dinosaur, Dino-Light is the first feature-length production by the Lightwire creators and is the recipient of the prestigious Jim Henson Foundation Grant. The creative new theater form has also been praised by audiences all over the world for its cutting-edge blend of puppetry, technology and dance.

Orange City Arts wanted to bring this new theater company here all the way from their home in New Orleans so they could offer a new experience for the families and kids of the Orange City and Sioux County area.

“When we saw the promo video and saw two dinosaurs fighting each other with light sabers, we thought ‘Well we haven’t seen that before, let’s bring it here,’” said a representative from Orange City Arts.

Tickets for the hour-and-a-half Dino-Light show can be found online at orangecityarts.net and are discounted for students at only $12. The Orange City Arts website also has more details about Lightwire Theatre and the Dino Light show, so if you’re interested in this beautiful new theater production, check out the website, watch the preview video and come see this glow-in-the-dark adventure for all ages! 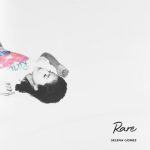 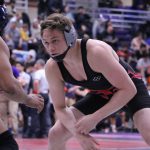