On Friday and Saturday, Jan. 18-19, the Northwestern wrestling team traveled to Marshall, MO, to compete in the Missouri Valley Invitational. This was a large invitational, with 48 teams participating, including some of the top NAIA wrestlers and teams from across the nation. The NW team faced some of the toughest competition of the season so far.

Despite the massive number of wrestlers and the strong competition, NW picked up some big wins this weekend. The team placed 21st out of the 48 teams, finishing with a total of 38 team points. Senior Dante Preciado (149 lbs) finished fourth, and senior Andrew Null (165 lbs) finished fifth at the invitational.

“I was proud of the way our guys performed overall,” head coach Rik Dahl said. “It was a D pool tournament and may have been a little overwhelming for our younger guys, but the vets performed well. For Dante and Drew, it was a chance to see where they sit on the national scene, and they took advantage of the opportunity.”

Pomajzl said, “The Missouri Valley tournament is a good tournament to help us prep for the national qualifying tournament and nationals.” He added, “As a team we can improve a few small aspects of our wrestling that could potentially have a huge impact on our matches for the rest of the season. Now it’s time to get back to work in the practice room and prepare for the final stretch of the season.”

This Saturday, Jan. 25, the NW wrestling team will travel to Mitchell, SD, where they will compete against GPAC schools: Dakota Wesleyan University, Midland University and Morningside College. 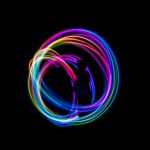 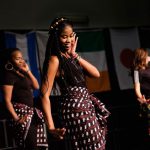