In the new Disney fantasy film, Raya and the Last Dragon, a warrior named Raya is determined to find the last dragon in order to defeat an evil looming in her world. With grade-A animation, Disney once again delivers a compelling story for children and adults alike.

Animation and Disney are synonymous, and they have been for years for very good reason. Always at the cutting edge of what animation looks like and constantly redefining our notions of it, they once again push boundaries and deliver a visually striking world full of amazing set design and expert cinematography. In the world of Kumandra, different biomes and environments are all visually impressive and distinct. Every part of the world seems lively and animated to great detail. The character models also mesmerize with detail and complexity. The movie is worth watching for the animation alone.

Kelly Marie Tran leads as Raya, aided by Awkwafina as the dragon Sisu. Both voice actresses shine on screen, delivering believable performances that blend behind their animated characters. Tran offers a solid lead, but it is Awkwafina that steals the show. Sisu is the heart and soul of the movie, for better or worse. At times Sisu might be too much in order to serve the purpose of comic relief, even when the movie is full of other characters that have the same to offer. Nonetheless, Awkwafina shines as a voice actress, and proves that there is more to her repertoire than comedy. Benedict Wong as Tuk Tuk also shines and delivers perhaps the most different voice role than his own.

The movie has a lot to say when it comes to themes. Nothing new for Disney, yet thankfully their messages have become more complex than in earlier years. In Raya and the Last Dragon the central theme is about trust and unity, and this is developed well as the theme is incorporated into the plot and character development. Sometimes developing this theme comes off too on-the-nose and it detracts from the experience. Nonetheless, it is important to remember they are also trying to teach something to children.

The film is not, however, without some drawbacks. The film starts with expositive narration to introduce us to the world even though everything said in the narration is then repeated by characters later in the movie. The movie should have trusted their audiences and let their characters naturally reveal the story of this new world. At other points, exposition is also heavy handed, which takes the magic and mysticism away from the world.

At other points, some meaningful moments are ruined by unnecessary comic relief. This makes the movie lose some of its emotional and narrative weight. Although this is common in Disney movies, it especially harms this movie as Raya had more dark moments than the average Disney movie and could have benefited from embracing a more somber tone without being too much for children.

On the other hand when the movie gets serious, it reaches its greatest heights. The action set pieces in this film are outstanding. The motion-capture fight scenes, be they sword fighting or hand to hand martial arts, are complex and perfectly choreographed. There are also brief moments in between these scenes to offer a pause for the audience and focus on the conflict between characters, elevating the action beyond simple fighting for the sake of entertainment to something more meaningful and personal. 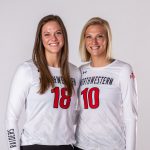