Sprinkled across Northwestern’s campus, you’ll be sure to run into students who share similar facial features, the same hometown and last name. These are likely siblings on campus, and they’re not uncommon at NW.

Twins Clare and Katie Struck entered their freshman year as secondary music education majors and also as roommates. Moving to college from Farmington, Minnesota, both sisters expressed how great it was to have a familiar face on campus.

“There was nobody from our hometown coming to Northwestern,” Clare said. “We came to a school where we knew nobody, but having Katie made the transition a little easier.”

Katie would agree, but now as a sophomore she is able to reflect on her first year of college.

“It was hard branching out to meet other people since we had each other at the beginning,” she said.

This year, the sophomore twins are no longer roommates, as they have found their people and now live in different dorms.

Though they no longer share a room, the sisters still see each other frequently in classes for their same major. However, with Clare’s emphasis in instrumental music and Katie’s in vocal, their circles have started to separate.

“We both have our own thing that we do, but we still do a lot together,” Clare said.

Katie was the first to become interested in NW, as Clare was considering college in Wisconsin and desiring more independence. However, when Clare joined her sister on her college visit in Iowa, she decided that NW was the place for her, as did Katie.

“I don’t mind as much, going to the same school as my sister,” Clare said. “It’s just interesting how things change.”

In a similar way, sophomore music education and worship arts triple major Jamie Stoscher was interested in treading his own path and was considering school in California.

“I wanted my own space at the time,” he said.

However, Jamie ultimately decided to attend NW with a small influence coming from his older sister Bekah, a senior art therapy major.

Bekah, who followed her older sister to NW, was excited to have her younger brother join her on campus.

“Northwestern is such a great place to grow, and I thought he would enjoy it here,” she said. “I would have been sad to miss this time with him if he had gone to California.”

Jamie is also happy with his decision to come to NW.

“I think for me, it adds to the experience, having a sibling on campus,” he said. “It’s just cool.”

With a hometown of Erseka, Albania, the two are a long way from home, but both appreciate the close proximity they have to each other. While they are able to go home during the summer, getting home during the school year is difficult, so it’s nice the two have each other.

Although these siblings are in different majors and don’t run into each other as often, Bekah and Jamie try to meet up at least once a week. Sharing interests in the arts, however, does give the Stoschers more opportunities to get together, as they have shared performances in Bright Star, Cabaret and the cultural fair.

“It’s really fun to have a sibling on campus,” Bekah said. “We’re able to experience so many fun things together that not every sibling gets to.” 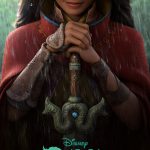