The Raider men’s soccer team traveled to conference rival Morningside on Tuesday to face the Mustangs in a match that resulted in a 1-1 tie after double overtime.

In the 23rd minute, sophomore midfielder Leo Sanchez found senior forward Graham Kinsinger for the lone Northwestern goal of the night. Kinsinger had been on the pitch for just more than a minute.

The Mustangs quickly responded with a goal of their own in the 30th to the end the scoring for the evening. The two teams then commenced in a defensive chess match for the remainder of the contest.

“I thought we definitely fought hard and battled,” Kinsinger said, “but it was disappointing playing so hard for 110 minutes and having that type of effort result in a tie.”

In overtime, both teams had opportunities to win the game but failed to capitalize on them.

Freshman goalkeeper Austin Stoesz came up big for the Raiders in stopping the Mustangs down the stretch. Stoesz finished the match with six saves.

“We needed to finish the chances that were presented and be able to seal the deal and put the nail in the coffin down the stretch.” Kinsinger said. “[Head Coach Dan] Swier reminded us that a tie is still better than a loss and that there is still plenty of soccer left to play.”

The Raiders and Mustangs matched up pretty similarly statistically with the teams generating 17 and 14 shots, respectively. The Raiders also produced eight shots on goal compared to seven for the Mustangs. Morningside did manage to force six corner kicks compared to three by the Raiders.

NW enters its homecoming matchup at 5 p.m. tomorrow against conference opponent Midland with a record of 6-3-1.  Midland is currently 2-1 in GPAC play, and sits second in the standings. 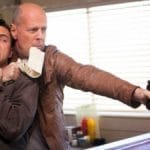