‘Duty’ calls for some extreme violence Anyone who owns a previous Modern Warfare game and buys and plays Modern Warfare 3, has forfeited their rights to ever again make fun of anyone who’s shopping for shoes or a handbag.

“Don’t you already have one that looks just like that?”

Yeah. That kind of thing.

Call of Duty: Modern Warfare 3, for the somehow oblivious, is a video game, and is quite popular. It has already broken sales records, moving over six million copies in the first day. That’s absolutely insane. There aren’t words for that.

More topically, it is a video game that wants to be better than its predecessors.

The games have been trapped in their own legacy, constantly one-upping themselves in an attempt to be more explosive than the previous ones.

Not to imply that the game wasn’t trying. It was trying quite hard. For all the flack these games get about being shooting galleries with rail-borne vehicle sections chaining them together, Modern Warfare 3 has addressed these issues by somehow managing to make a campaign that consists of almost nothing but that and lots of breaching.

While I suppose the best adjective for the Call of Duty campaigns has always been “bombastic,” a secondary word that might be brought forward would be “plosions.” Implosions, explosions, sideplosions—all of them.

Aesthetically, the game is a sense-gorger. The sounds and sights of Europe being run over by tanks and planes are as impressive as ever. The shooty bits are alarmingly good, but since all the mechanical parts of the game have had about five iterations to be perfected, they have no excuses for having anything less than some of the best gunplay that consoles have to offer.

The sneaky bits are well-made enough, and the ever-frequent, vehicular-driven setpieces are all sorts of absurd and ridiculous, giving way too much emphasis on the Michael Bay and not enough on the Tom Clancy, but there is endearment.

The plot, on the other hand, is only a bare semblance of a story. Apparently, there’s a nasty Russian man doing nasty World War III things to America and must be stopped. It is the least clear about what’s going on that the series has ever been, but it hardly seems to matter when one is in a passenger jet that is plummeting from the sky while trying to have a shootout to protect the Russian president.

What’s most impressive then is the direction that Activision has taken this series is the way that they’ve been making it one game, augmented or tweaked slightly, but never overtly changing it. They have not encouraged their developers to change the core values of the series. It is one of the most steadfastly homogenous and long-running video game franchises to date.

Yet, people keep buying it. A flabbergasting number of people have paid for this game. This means, somewhat conveniently, that the multiplayer is absolutely overflowing with small children ready to swear at you and call you confusing names when they win, or when they lose, or when you just meet them for the first time.

It’s a testament to the studios and people in charge of making the games. They’ve got some of the best talent in the industry, simply because they have all the money in the world. 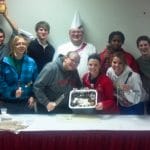 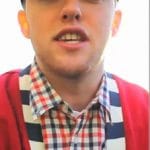