Northwestern students studying in San Jose, Costa Rica, had a shaky start to their semester abroad when a 7.6-magnitude earthquake shook the country’s Pacific coast.

The massive earthquake struck early in the morning on Wednesday, Sept. 5, only eight days after the NW students arrived in the Latin American country. The quake woke up junior Erin Anderson when it shook her bed.

“My room is connected to the laundry room, and when I woke up to my bed shaking and saw my mom in the laundry room, I assumed she had just turned on the washing machine,” Anderson said. “But as I became more alert, I realized that it was probably more than the washing machine, considering the entire house was shaking and the furniture was moving.”

Seniors Brittni Donahue and Jen Angus were already awake when the earthquake struck.

“Honestly, my first thought was something along the lines of ‘Sweet, my first earthquake!’ ” Donahue said.

Angus had been warned by her host family of occasional tremors, so when she felt the earthquake she was not too concerned about it.

“I just figured it was normal,” Angus said.

Angus, Donahue and Anderson had no idea that the last time Costa Rica was struck by an earthquake of such a high magnitude was back in 1991. That earthquake had the same magnitude (7.6) but proved to be more damaging, killing 47 people. The most recent earthquake turned out to be less detrimental because it was much further below the surface and resulted in only one death.

According to Angus, there was little damage to her host family’s residence.

“A few things fell off of shelves and such in my house from the shaking, but nothing serious,” Angus said.

According to Angus, life in San Jose life basically returned to normal as soon as people calmed down. She was able to go to school that same morning.

The Costa Rica study abroad program is currently taking six weeks of classes consistingof lectures, guest speakers from Costa Rica and field trips. Following this six week period are a 10 day trip to Nicaragua, two weeks of classes and a one month practicum outside the city of San Jose.

“Even though we came here as students, we want to explore as tourists,” Anderson said.

The girls can check one thing off their list: a true Latin America soccer game.

“We had our jerseys on, we waved the flag and we learned the chants. Although the night ended in a loss, we gained another great highlight to our trip,” Anderson said.

Despite the shocking start to the Costa Rica study abroad trip, the NW students are enjoying their time in San Jose. For more highlights of their trip throughout the semester follow Anderson, Angus and Donahue, Katie Nelson, Melissa Hassman and Carrie Engen on their blogs or Facebook pages. 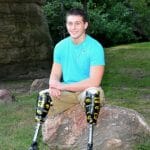