It was about two minutes into her first song when I fell for St. Vincent.

After seeing her perform live in Minneapolis, the first stop on the tour for St. Vincent (the stage name of singer/guitarist Annie Clark) after releasing her new album, “Strange Mercy,” you would have to be a cold person not to fall for the girl.

The album itself gets incredibly personal with songs about failing relationships and searching for a way out of pain.

In person, Clark is able to project an honesty towards her audience that makes her all the more real.

Opening the show with the song “Cruel,” Clark quickly realized her guitar wasn’t plugged in correctly.

“Dude, dude, stop,” she turned and shouted to her keyboardist. Looking back at the audience, “You really need to hear the guitar on this song.”

The band started over, and she was right—the guitar on that song was incredible. It would be enough to win anyone over.

Sure, you can hear her guitar on recordings, but being up close, seeing Clark’s fingers move so effortlessly and yet so swiftly, brings a whole new level of appreciation for the girl’s talent.

Her guitar sounds as fierce as anything I’ve heard, with high-speed riffs that make me question her humanity, but what really gets me is her voice. From its bluesy edge in “Dillettante,” to its angel-sweet quality in “Strange Mercy” or its sultriness in “Cruel,” the variety that her voice achieves is unbelievable.

“Every guy in this audience wants to marry her,” the boy sitting next to me said. “I should have worn nicer shoes.”

Immediately after the song ended, another guy in the audience yelled out, “Marry me!”

Maybe not every guy there wanted to marry Clark, but it could have been close. Not only is she an amazing musician, with the tall-and-thin proportions of a model and the dark style of a ‘70s rock star, she’s absolutely gorgeous as well.

Clark is that sexy, mysterious girl you just can’t pin down.

She’s classy while bobbing her head, screaming and throwing her whole body into playing the guitar. She’ll sing a line like “I spent the summer on my back” from her song “Cheerleader,” then shyly whisper a thank you to the audience’s shoutings about how hot she looks. She’ll sing about her “knack for danger,” then rush over to check on a band member who hurt her finger touching a melting cord.

She’s hilarious. If she introduced a song, it was with a sarcastic remark, like when she told her audience that the beginning of 2010 until 2011 was the “year of the tiger” for her.

“That’s just a random fact, Nothing to do with the song I’m going to play now,” she said, and her band immediately started playing “Year of the Tiger.”

Clark performed without needing to resort to the pop-standardized dancing around the stage for attention. Her stage moves brought to mind a dirty rock show, with lights and smoke emphasizing the way she rhythmically throws her head around during guitar sprints.

The closest moves to dancing came during the song “Surgeon,” as she throbbed and lurched over her guitar will singing out “Best find a surgeon/ Come cut me open.” Definitely not the typical girly moves.

Yet the meticulously planned nature of her moves gave a hint of just how self-conscious Clark must be.

She must be aware of the way male fans drool over her—her official website, titled ilovestvincent.com, breaks the idea she’s naïve about it.

St. Vincent performed the song “Champagne Year” at the show, singing to her audience that “I make a living telling people what they want to hear.” It’s like she was laughing not behind our back, but right at us as we sat there. Of course, the crowd applauded as loud as ever when the song was done.

Just like that cool mysterious girl, Clark makes it clear, just because you have a crush on her doesn’t mean it’s mutual.

Although she’s warm and friendly in concert, she doesn’t need your love or your approval about what she’s doing. She’ll play how she wants, dress herself as she pleases and say whatever her heart desires. Then again, that just makes me give her that much more respect.

She’s got me right under her fingers. 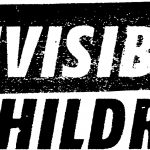