In just a week, the Northwestern Theatre department will begin performances for “The Fantastic Mister Fox.” They will begin at 7 p.m. on Friday, Sept. 29 and 4 p.m. on Sept. 30. The play will also be performed for local elementary schools on Tuesdays and Thursdays at noon from Sept. 28 through Nov. 14.

“The Fantastic Mister Fox” is a play adapted by David Wood, based on the book of the same title by Roald Dahl. The play follows Mr. Fox, who makes nightly visits to farms to steal food for his family while avoiding the evil farmers who are trying to catch him.

NW theatre professor and director for the show Drew Schmidt believes in the importance of performing theatre for children and is translating that into the show.

Sophomore Maverick Risley, who plays the character of Mr. Fox, also loves the idea of connecting with the children through theatre.

“Something that I find unbelievably awesome is that we, as characters in the show, interact with audience members alot,” Risley said.

He said at times the audience is just as much a part of the show as the actors are.

To go along with the illustrations of the book, the scenic crew decided to make props that look like illustrations which stand along three-dimensional scenery. NW professor and lead scenic designer Jonathan Sabo believes it might be difficult to mix the two.

“It is risky, as there exists a delicate balance between the two: will the audience accept a chair that is functional for the actor and a two-dimensional cut-out of a hand prop?” Sabo said.

Another struggle the play presented to the set designers was the crucial image of the fox family digging underground.

“It’s an integral part of the story, one that cannot be sloughed off,” Schmidt said. “If the point of theatre was to watch at arm’s length and not really engage, we might come up with a very literal solution to this problem, one that we watch from a distance. But theatre is an art that should be so close you can touch it.”

Sabo will only say the words “delightfully and wonderfully creative” about their solution to the underground problem, meaning that people will have to come see the show if they want to find out.

In the style true to the book just like the set, NW professor and lead costume designer Amber Huizenga aimed to get the costumes to look like those in the book.

“We really wanted our characters to look as if they walked right out of a children’s book,” Huizenga said. “The design inspiration is a combination of illustrations by Quentin Blake [who was the original illustrator of Fantastic Mr. Fox] and Beatrix Potter.”

The costume crew also decided to go for designs that will get the kids’ imaginations going and bring them into the show even more. One example of this is having the actors’ hair point up like animal ears instead of having the actors wear actual animal ears, adding a creative layer.

Through all this meticulous work, the theatre department is putting on a show that will capture the creativity and imagination of the audience, as well as resemble the original inspiration for the story. 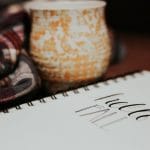 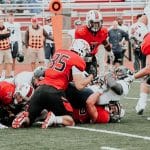