“Last Christmas, I gave you my heart,” and the very next day this movie took it away. Needless to say, “Last Christmas” was a film set in London with no intriguing plotline and its director seems to have lost his touch in making comedy.

Paul Feig is known for directing some female-led comedies, including “Bridesmaids” and “The Heat,” but with Emilia Clarke at the helm of the film, Feig attempted to add a little romance into his filmmaking.

Emilia Clarke plays a cynical woman who is jumping from flat to flat always wondering where her next place to stay the night will be. Her character bumps into the heartthrob from “Crazy Rich Asians,” Henry Golding.

Golding’s character is quite different in Last Christmas as he plays a quirky, go-with-the-flow romantic with a pure heart.

Both actors try to display some chemistry on the screen, but the audience can tell the lack of interest between the two while watching.

Their first interaction is when Clarke spots Golding outside of the shop she works at, and Golding is gazing at a majestic bird.

Feig used a very predictable cliché. When the bird poops on Clarke’s eye, Golding says that’s good luck, and the two begin to spend time with each other.

Clarke’s character seems to be living in a single world of no joy or happiness, which is ironic since she works at a non-seasonal Christmas store.

That’s correct. This film creates a non-seasonal Christmas store to tell the audience that Christmas is a holiday to remind us to be happy and joyful all year long.

However, this is the only part of the film where Christmas is mentioned aside from the homeless shelter banquet. You could change the title of this movie to “Girl Meets Boy” and nothing would change within the storyline.

The movie could have been played by just Clarke and Golding and their developing relationship, but they added some supporting actors in the hope that this film could be saved by them.

Emma Thompson plays Clarke’s ill-mother who just wants the best for her daughter but is stuck in the past. Thompson plays her part well, but unfortunately for her, the development of her character is what keeps her from trying to salvage this movie.

Another supporting actress was Clarke’s boss at the Christmas store, Michelle Yeoh.

Yeoh’s character is in love with the festive holiday which is why she opens up her store all year long hiring Clarke full time due to the charm she used to have.

What’s upsetting about Yeoh’s character is Feig’s attempt at creating her character purely for comic relief.

Needless to say, there are no good jokes in this film unless you count the two female cops that pop up for five minutes and deliver quality jokes.

Clarke plays her role well and identifies with the character in real life since she had a health-scare problem while filming “Game of Thrones” and needed to have multiple brain surgeries.

A twist in the film leads to Clarke’s character realizing the good things in life and to look up once in a while. Golding’s character helps her realize all of this and continues to support her throughout the film.

For the lack of a storyline, “Last Christmas” has an impressive runtime and the audience is able to check their phones in the theater without missing any details of the film.

Feig’s film falls short of being festive which answers the question of whether this was a bad Christmas movie or a bad rom-com, pointing toward the latter.

Take the lyrics of the iconic song from which this movie takes its name and save yourself from tears. Watch a better movie. One star. 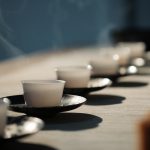 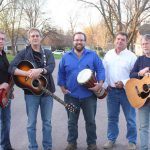