Sometimes it’s hard to picture our professors having a life outside the classroom or having other responsibilities and hobbies to keep them occupied during the week. A lot of them have kids to keep up with or coach little leagues or meet with friends for coffee, but a few professors on campus explore a more musical side in their life outside of Northwestern.

Over 20 years ago, Joel Westerholm, professor of English, and John Hubers, associate professor of biblical and theological studies, started a band now called The Usual Suspects. The band brought together both Westerholm’s and Hubers’ talents of guitar vocals to create a new sound for the Orange City area. Not long after, their friend Gary Reinders joined them, his harmonica playing and vocals adding an extra piece to their forming band.

Sam Martin, associate professor of English, joined seven years ago when he came to teach at NW. After Westerholm invited him to a practice, Martin brought his talent of percussion, including hand drums and the African djembe drum, to the band and has been with them ever since.

Steve Mason, the most recent addition to their band, joined after hearing The Usual Suspects at a block party gig for Dover Church a few years ago. Not only does he play the bass, but he also brings his skills to the table as he works with the band’s sound system.

With many different instruments to contribute, their music ranges from blues to jazz to classic rock to Irish-flavored folk music. The band normally plays a mix of original tunes written by either Westerholm or Hubers and cover songs, specifically classic rock hits from the ‘60s and ‘70s.

Professor Michael Kensak, an occasional listener of the band, said, “For me, good music is like travel. Listening to The Usual Suspects took me to Newfoundland, to Ireland, to the protest songs of the ‘60s and to the love songs of my youth.”

The band plays fairly regularly at Sfumato’s Pizzeria and Town Square Coffee Shop. They have also played at the Tulip Festival and Arts on Central here in Orange City. Recently, some local wineries and the Back Back at the Fruited Plain cafe in Sioux Center have even invited them to play. During the summer, The Usual Suspects perform at the occasional backyard party or outdoor gig.

While Westerholm, Hubers and Martin are all professors at NW, the other members of the band hold different careers.

Reinders is a farmer, and Mason is an IT professional at a local hospital. Due to their busy schedules, they aim to practice once a week in the evening for a few hours.

They mainly book gigs on Fridays and weekends since the band can only handle a limited few each month. But it’s not the gigs that keep them involved. For them, it’s mainly about getting together to make music and have fun.

“The band has been a great small community within which to share beauty and skill and fun,” Westerholm said. “It’s also been a great opportunity to communicate with many people in a language that says things that words alone can’t say.”

Even though The Usual Suspects have been at it for a while, they’re expecting a big change in January, which is when Hubers is moving to Ethiopia to take up a teaching position in Christian and Muslim relations.

The band has been preparing for the transition of playing without Hubers’ guitar and vocals.

“He brings some amazing harmonies and sings lead on a good number of songs,” Martin said. “So things will change come January. Maybe we’ll see if we can recruit a keyboard player and really change things up. Or bagpipes!”

Either way, the band looks forward to their future as they continue to embrace their sound and make music together. 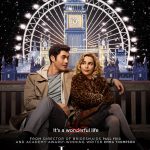 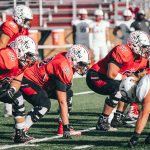