With a new school year comes a new soccer season and plenty of fresh faces on the field.

One face that is fresh in everybody’s mind is stand out first year forward Alexa Johnson. Johnson has had a stellar performance, leading the Red Raiders with 6 goals in just four games. The Northwest Iowa native comes from Spencer, Iowa where she grew up playing soccer since the age of five.

Throughout her soccer career, she says she has been part of some great teams, and her accomplishments reflect her statement. In high school, she was part of three state qualifying teams. In her junior and senior year, she clinched both first team all-district and first team all-state awards. She also played on the all-tournament team her junior year and on the elite Iowa team her senior year.

These achievements are just a glimpse of Johnson’s talent; her six goals are a snippet of her high school’s record of an unbelievable 120 goals in three years. Like all first-year students, Alexa has been challenged in adjusting to a new way of living both on and off the field.

“The biggest change from high school soccer to college soccer is the intensity of play,” she said.

She is grateful for her team and coaches: “The transition [to college] has been outstanding! The camaraderie has made this change even easier.”

Alexa is more than just a soccer player; she is also a student and a member of the campus community.  The community that is so often marked as a cliché is one of the reasons she chose to come to Northwestern. When asked why she chose NWC, Johnson said, “I chose NW because of the small caring community. The coaches, the team and professors made me feel like I was at home.”

Alexa is right where she needs to be. Besides the opportunity to be inspired by her dedication, there will be countless other opportunities to watch Johnson’s game-changing athleticism. The next soccer game is Saturday, September 10 at 2:30 in Orange City against York College. 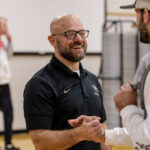 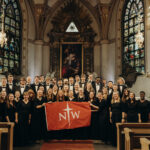 The hills were alive with the sound of a Cappella